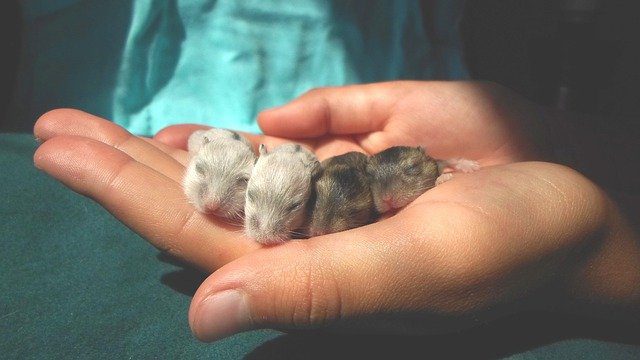 During the investigation of a pet shop outbreak of severe acute respiratory coronavirus 2 (SARS-CoV-2) with probable hamster-to-human transmission, the environmental and hamster samples in epidemiologically linked pet shops were found positive for SARS-CoV-2 Delta variant AY.127 strains which are phylogenetically closely related to patient and reported European strains.

This interspecies spill-over has triggered transmission chains involving 58 patients epidemiologically linked to three pet shops. Incidentally, three dwarf hamsters imported from Netherlands and centralized in a warehouse distributing animals to pet shops were positive for SARS-CoV-2 spike variant phylogenetically related to European B.1.258 strains since March 2020. This B.1.258 strain has almost disappeared since July 2021.

While no hamster-to-human transmission of B.1.258-like strain was found in this outbreak, molecular docking showed that its spike receptor binding domain (RBD) has similar binding energy to human ACE2 when compared with that of Delta variant AY.127. Therefore, the potential of this B.1.258-related spike variant for interspecies jumping cannot be ignored.

The co-circulation of both B.1.258-related spike variants with Delta AY.127 which originated in Europe and was not previously found in Hong Kong suggested that hamsters in our wholesale warehouse and retail pet shops more likely have acquired these viruses in Netherlands or stopovers during delivery by aviation than locally. The risk of human-to-hamster reverse zoonosis by multiple SARS-CoV-2 variants leading to further adaptive spike mutations with subsequent transmission back to human cannot be underestimated as outbreak source of COVID-19. 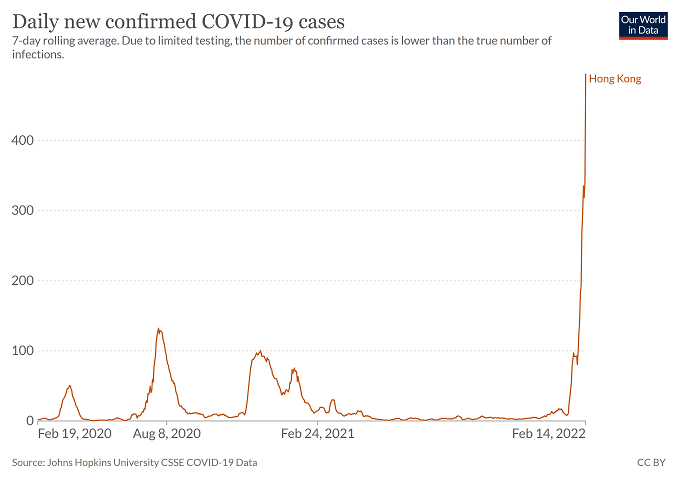 Hong Kong officials have reiterated that daily confirmed case counts no longer reflect the full extent of the situation due to a backlog of test samples.

Even without Wednesday’s cases, the city’s surging fifth wave has already accounted for more confirmed infections than all previous waves combined

Image by Emma-Etelka Kozma from Pixabay