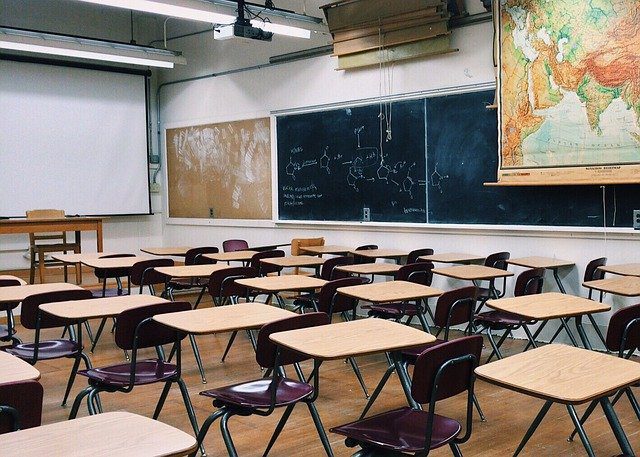 The long term nature and severity of the disease caused by Sars-cov-2 are now common public knowledge.
Forcing children by law to congregate in areas of such high infection may well constitute a crime against humanity.

For the purpose of this Statute, ‘crime against humanity’ means any of the following acts when committed as part of a widespread or systematic attack directed against any civilian population, with knowledge of the attack:
Murder;
Extermination;
Enslavement;
Deportation or forcible transfer of population;
Imprisonment or other severe deprivation of physical liberty in violation of fundamental rules of international law;
Torture;
Rape, sexual slavery, enforced prostitution, forced pregnancy, enforced sterilization, or any other form of sexual violence of comparable gravity;
Persecution against any identifiable group or collectivity on political, racial, national, ethnic, cultural, religious, gender as defined in paragraph 3, or other grounds that are universally recognized as impermissible under international law, in connection with any act referred to in this paragraph or any crime within the jurisdiction of the Court;
Enforced disappearance of persons;
The crime of apartheid;
Other inhumane acts of a similar character intentionally causing great suffering, or serious injury to body or to mental or physical health.
For the purpose of paragraph 1:
‘Attack directed against any civilian population’ means a course of conduct involving the multiple commission of acts referred to in paragraph 1 against any civilian population, pursuant to or in furtherance of a State or organizational policy to commit such attack;