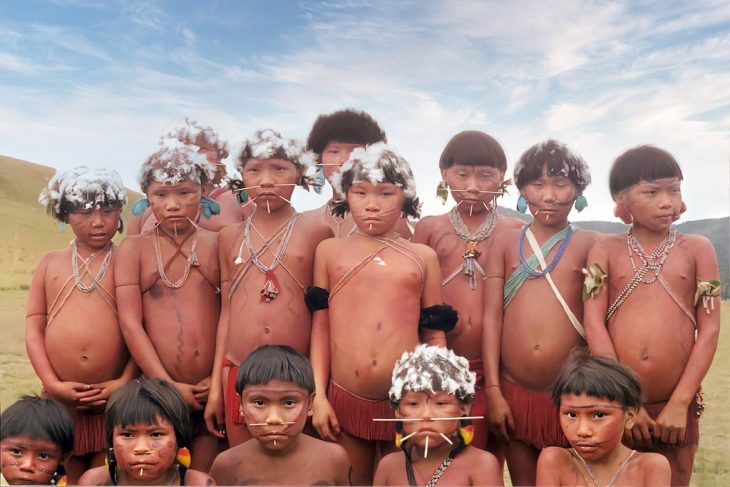 “at least twenty-five (25) Yanomami children with the same symptoms and in a serious condition.”

Ministry of Health reported that it had received communication about the deaths and investigates the ‘veracity of the information’. Júnior Hekurari Yanomami, president of Condisi-YY, says that four children died in Waphuta and five children died in Kataroa this January.

The children, according to Herkurari, were between one and five years old and there is no way to specify the exact date of all deaths. He says, however, that they all took place in January.

Information on the deaths reached the President of the Council on Tuesday (26) via radio, through a report by a health worker from the Waphuta community and a teacher from the Kataroa community.

“Yesterday, the 26th, I was called over the radio where the [Waphuta] health officer informed me that four children had died, two children the day before yesterday, the 25th. I asked why, he informed me that in the community he is having an outbreak of coronavirus, that these children had 39 degrees of fever and had difficulty breathing. ‘So, I’m sure they died of coronavirus, this’ xawara ‘[disease] that is there in the city’, that’s what he told me “, said Hekurari.

Given the situation, Hekurari sent a letter, still on Tuesday night, to Sesai’s secretary, Robson Santos da Silva, and to Dsei-Y coordinator, Rômulo Pinheiro, reporting the information he received. The document also mentions that there are “at least twenty-five (25) children with the same symptoms and in a serious condition.”

“At the same time, the teacher [from Kataroa] informed me that five children died there and said that the situation was the same, without a team, that there was an outbreak of coronavirus in the community, people with a lot of cough, fever. So, he said that the five also died of coronavirus. He said that the people are sick, asking for help, because the post is closed “, said the president.