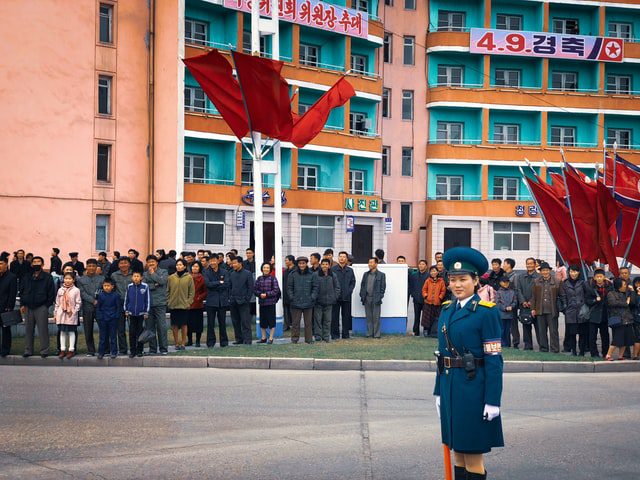 Pyongyang, May 22 (KCNA) — The current situation of the epidemic spread in the DPRK shows a positive trend away from a rapid growth in the beginning to a decline after being stably controlled and managed, registering daily increased number of recoveries across the country.

Officials of the Party and power organs in each province, city and county are fulfilling their responsibilities and duties as scouts and bulletproof walls in the van of the ongoing epidemic prevention campaign.

They have scrupulously organized the work for supplying food, condiments and non-staple foods uninterruptedly to residents along with water that is perfectly safe to drink.

Service persons from the military medical field of the Korean People’s Army dispatched to hundreds of pharmacies in the capital city of Pyongyang are steering the epidemic prevention campaign in the city with patriotic devotion as befits the special detachment of the Party.

Army medics, in collaboration with medical workers of the public, have carried out medical checkup and treatment of patients, needless to say of supplying medicines according to prescription, while dynamically conducting the work to publicize the validity and vitality of the epidemic prevention policies of the Party and the state and spread information by sending various kinds of audio equipment and TV sets to pharmacies.

From May 17 to 19 alone, large amounts of over 70 types of medicine were supplied to more than 4 900 medicine management offices, curative and preventive organs and at least 4 300 pharmacies and medicine stands nationwide.

On the basis of the data bringing together all results from all-people intensive medical check-up, the relevant sectors launched an accurate analysis according to symptom, age, sex, etc. and have accelerated in a planned way the work for establishing a further ramified statewide test network and a plan for enhancing the professional qualifications and level of skill of medical examiners.

The medical scientific research sector confirmed a way of administering medication to fevered persons with special constitution and is hastening the development of new test reagent and antibody test reagent for early detection of the epidemic.

According to data available, one million and hundreds of thousands of persons throughout the country, including medical workers of hospitals at all levels, teachers and students of medical colleges and workers in charge of hygiene at their units, have been involved in the ongoing campaign of medical check-up, treatment and hygienic information service to thoroughly block and eradicate the source of spread of the malignant epidemic.

Many doctors in charge of households across the country have conducted a medical checkup for inhabitants in a responsible way, ensuring medical observation and treatment of fevered persons and confirmed cases.

Party members have cared for comrades more than for themselves and their families at every worksite, cherishing in mind the expectation of the Party Central Committee that they would play a leading role in the current severe anti-epidemic war. Their elated spirit and noble moral traits are injecting vitality into the epidemic prevention campaign.

Photo by Thomas Evans on Unsplash