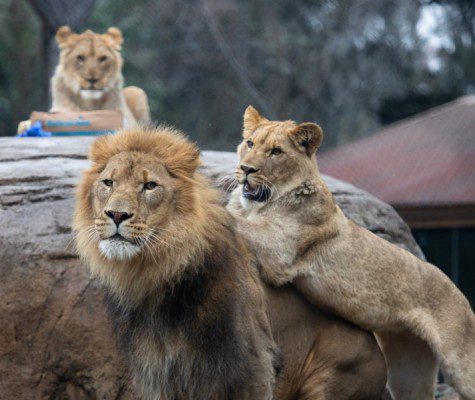 Three of six lions at Audubon Zoo in New Orleans, Louisiana have tested positive for Sars-CoV-2 this week, the zoo has announced.

Arnold, an adult male, Asani, a yearling male, and Kali, an adult female, were tested after they were observed coughing and showing nasal discharge.

“All lions continue to have a normal appetite and appear to be doing well. They are showing few symptoms other than coughing, sneezing, and nasal discharge. They are currently being quarantined in their habitat. Veterinarians are monitoring all six lions closely and will treat any serious symptoms as they may arise,” Bob MacLean, Senior Veterinarian at the zoo said in a statement.