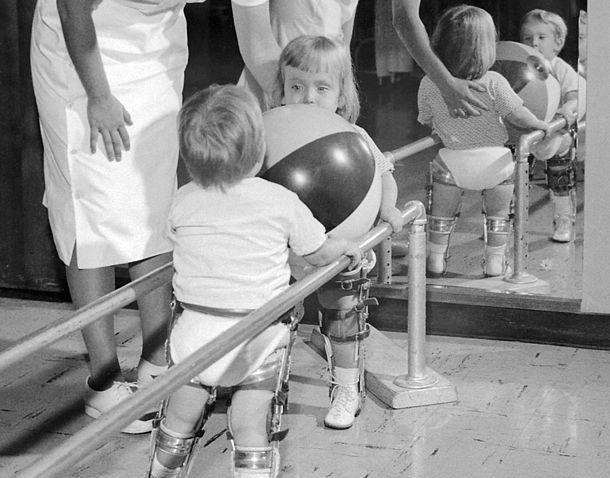 The Guardian newspaper is reporting the discovery of vaccine derived Polio in wastewater from London today:

“UK Public health officials have declared a national incident after routine surveillance of wastewater in north and east London found evidence of community transmission of poliovirus for the first time.

The UK Health Security Agency (UKHSA) said waste from the Beckton sewage treatment works in Newham tested positive for vaccine-derived poliovirus in February and that further positive samples had been detected since.

No cases of the disease or related paralysis have been reported, and the risk to the general public is considered low, but public health officials urged people to make sure that they and their families were up to date with polio vaccinations to reduce the risk of harm.”

What is a vaccine-derived poliovirus?

A vaccine-derived poliovirus (VDPV) is a strain of the weakened poliovirus that was initially included in oral polio vaccine (OPV) and that has changed over time and behaves more like the wild or naturally occurring virus. This means it can be spread more easily to people who are unvaccinated against polio and who come in contact with the stool or respiratory secretions, such as from a sneeze, of an infected person. These viruses may cause illness, including paralysis.

As part of routine surveillance, it is normal for 1 to 3 ‘vaccine-like’ polioviruses to be detected each year in UK sewage samples but these have always been one-off findings that were not detected again. These previous detections occurred when an individual vaccinated overseas with the live oral polio vaccine (OPV) returned or travelled to the UK and briefly ‘shed’ traces of the vaccine-like poliovirus in their faeces.

Investigations are underway after several closely-related viruses were found in sewage samples taken between February and May. The virus has continued to evolve and is now classified as a ‘vaccine-derived’ poliovirus type 2 (VDPV2), which on rare occasions can cause serious illness, such as paralysis, in people who are not fully vaccinated.

The detection of a VDPV2 suggests it is likely there has been some spread between closely-linked individuals in North and East London and that they are now shedding the type 2 poliovirus strain in their faeces. The virus has only been detected in sewage samples and no associated cases of paralysis have been reported – but investigations will aim to establish if any community transmission is occurring.

The last case of wild polio contracted in the UK was confirmed in 1984. The UK was declared polio-free in 2003.

UKHSA: Poliovirus detected in sewage from North and East London

Where is Beckton in London?

Beckton is a suburban district in East London, England, within the London Borough of Newham and is located 8 miles (12.9 km) east of Charing Cross. Historically part of Essex, Beckton was unpopulated marshland adjacent to the River Thames until the development of major industrial infrastructure in the 19th century to support the growing metropolis of London. Housing was created in Beckton for workers of the gas and sewage works. Between 1981 and 1995 it was within the London Docklands Development Corporation area, which caused the population to increase as new homes were built and the Docklands Light Railway was constructed.

ECDC & WHO: Joint statement on hepatitis in kids