According to the General Secretary of the Uganda Medical Association, Mr Herbert Luswata, three are medical workers, two are interns and one is a medical student. The samples of the health workers were sent to the Uganda Virus Research Institute which confirmed the Ebola virus on Wednesday.

Ms Rosemary Byabashaija, the Mubende Resident District Commissioner said that currently there are 42 people admitted at the Ebola Centre in Mubende with 16 people tested and confirmed to be positive for Ebola Virus. She said that one died bringing the number of deaths at the facility to six, while 19 others died in the villages making 25, the total number of deaths.

In a further report, health workers have been advised to go on strike by their union to protest the lack of PPE available to them to deal with Ebola patients:

The leaders of the Uganda Medical Association (UMA) have asked health workers whose employers cannot provide them with appropriate personal protective equipment (PPE) to stay home because of the risk of contracting Ebola.

The Ugandan Ministry of Health Twitter account hasn’t been updated with details about the outbreak in Mubende for three days. 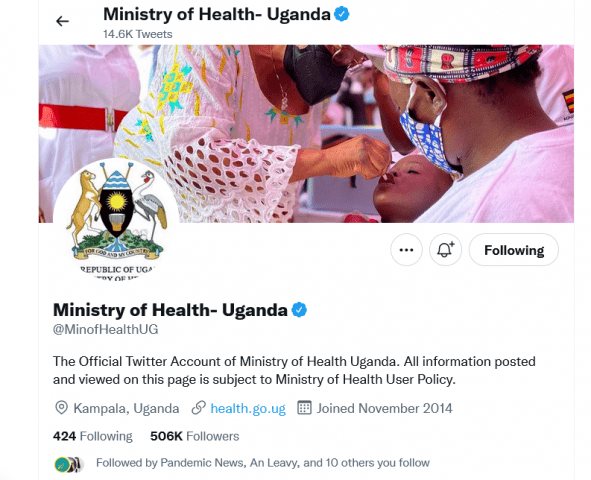 Ebola: “The risk of international spread cannot be ruled out” *2 updates*