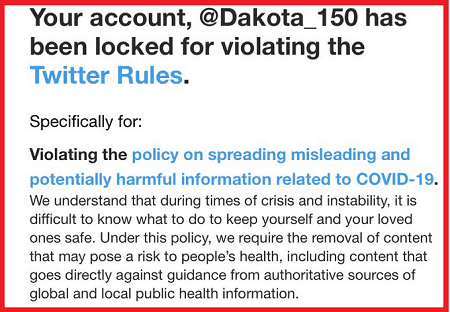 For the second time in three months, we find ourselves reporting that Twitter is limiting discourse on its platform by suspending user accounts or adding warnings to tweets that link to genuine scientific research.

Here, we provide a link to a Medpage review of a scientific preprint that Twitter would apparently prefer you didn’t read.

An extract from the review reads: “COVID-19 is associated with increased risks of neurological and psychiatric sequelae in the weeks and months thereafter. How long these risks remain, whether they affect children and adults similarly, and whether SARS-CoV-2 variants differ in their risk profiles remains unclear.”

There is nothing remotely controversial in the review…

The full Medpage article can be read here (for subscribers only)

Hey, @Medscape, were you aware that your scholarly article is being labeled "COVID disinformation" and that sharing it is apparently a bannable offense? pic.twitter.com/rIfM5vsoow

The Medpage article is simply a review of a Lancet preprint entitled “Neurological and psychiatric risk trajectories after SARS-CoV-2 infection: an analysis of 2-year retrospective cohort studies including 1 284 437 patients,” which can be found online here.

Quite why Twitter feels it is necessary to suspend accounts for mentioning a review that simply refers to a scientific preprint is something for them to answer, but, sadly, we are duty-bound to report that this isn’t the first time this sort of thing has happened….

UPDATE 1 – 19th August 2022 – Twitter seems to be having some sort of censorship meltdown: 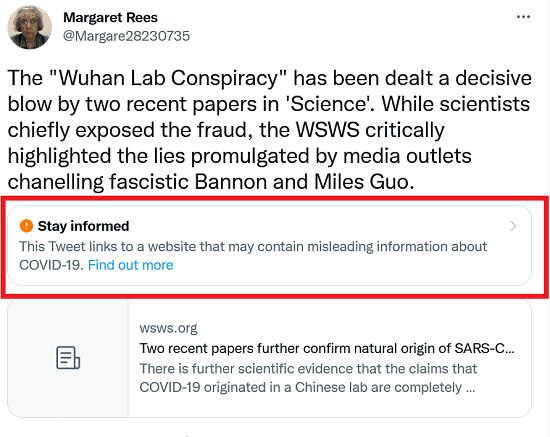 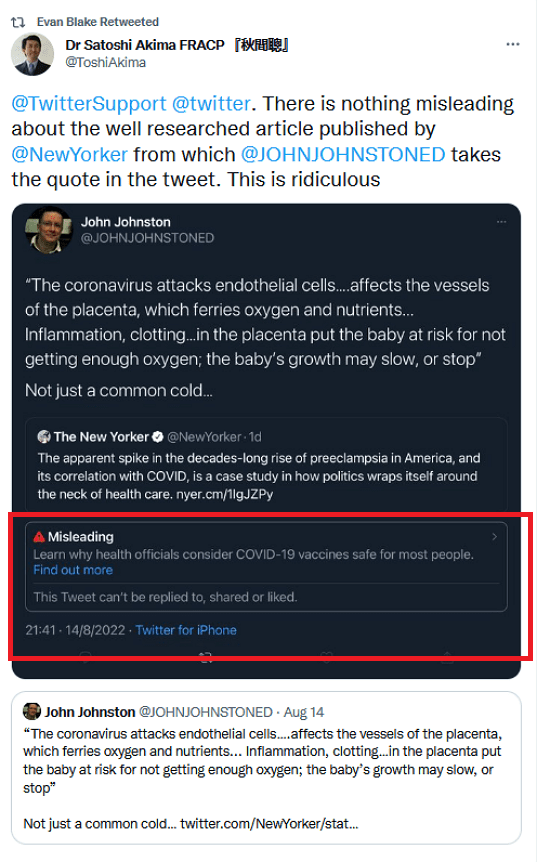 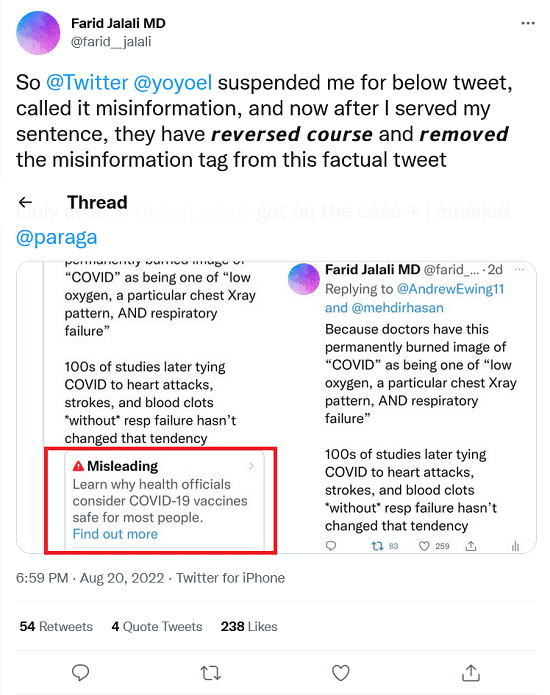 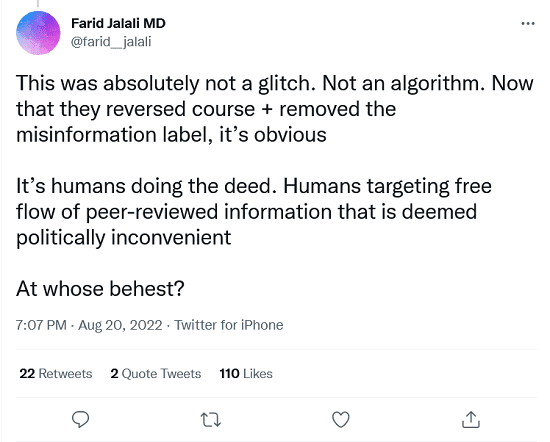 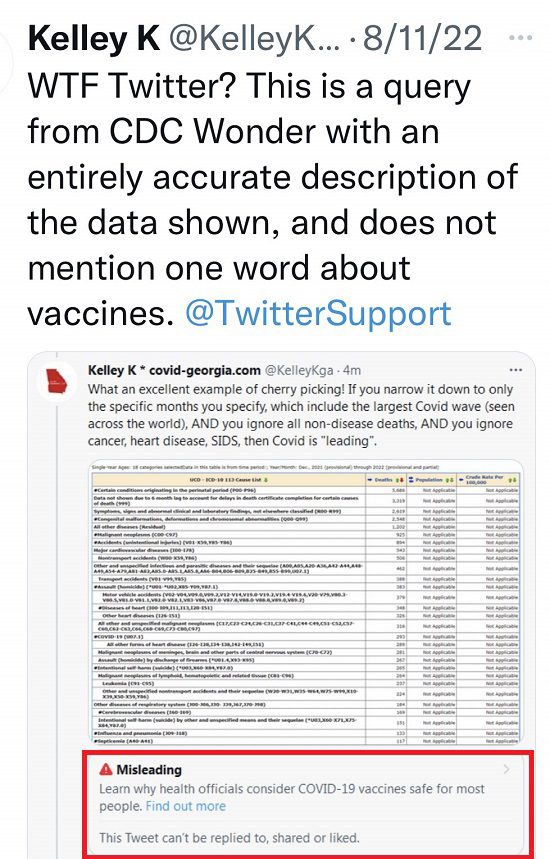 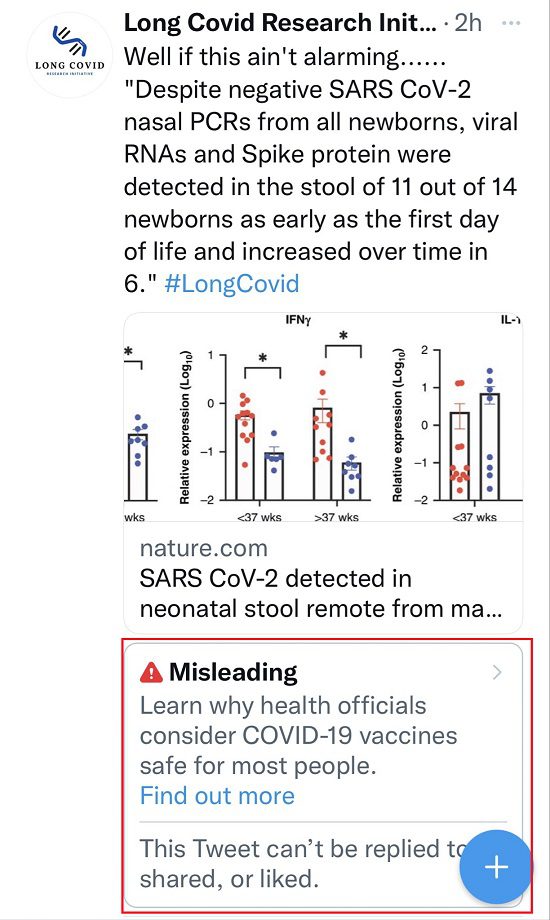 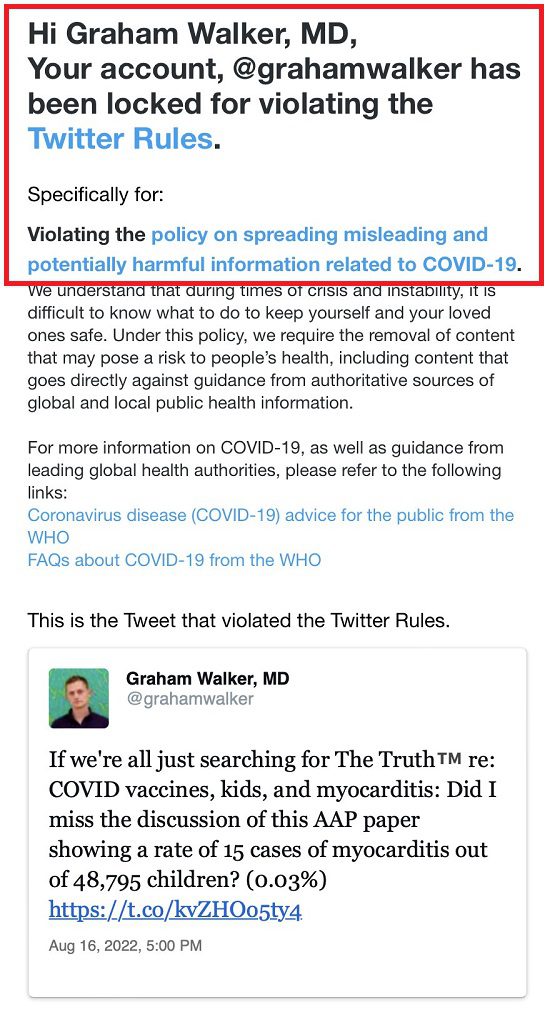