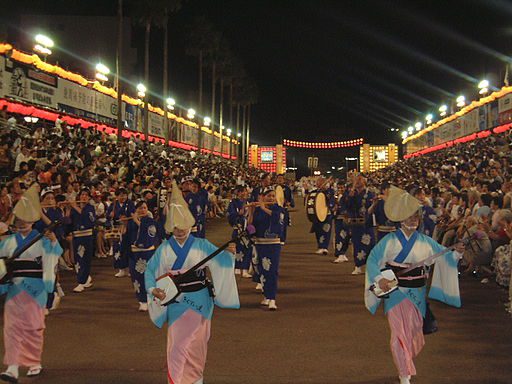 819 people were found to have been infected with coronavirus after a summer dance festival turned into a Covid superspreader event.

The Awa Odori in Tokushima City is originally a Buddhist Bon dance, and one of Japan’s most famous summer festivals. The marching dance festival was carried out on the city streets from August 12 through 15. It took place on its full scale for the first time in three years, with skilled dance groups performing and many tourists from outside Tokushima Prefecture joining the dance processions.

At an organizing committee meeting on Thursday, the results of a COVID-related survey of 123 dance groups were reported. These groups had taken part in this year’s festival.

The survey shows that of the members of the 86 groups that responded, 819 people were confirmed to have been infected with the virus between August 11 through 25, which included the festival period.

Image by My SEIN, CC BY-SA 3.0, via Wikimedia Commons