With nearly 4 million new cases reported globally in the past week (6-12 September), this represents the first substantial decline in weekly cases in more than two months. All regions reported declines in new cases as compared to the previous week.

At Coronaheadsup, our hunch is that the next Covidminimum for this wave (i.e. the trough of the current wave) should be on the 13th October or the 11th November 2020 if there is a connection to lunar phases, as outlined in this post: 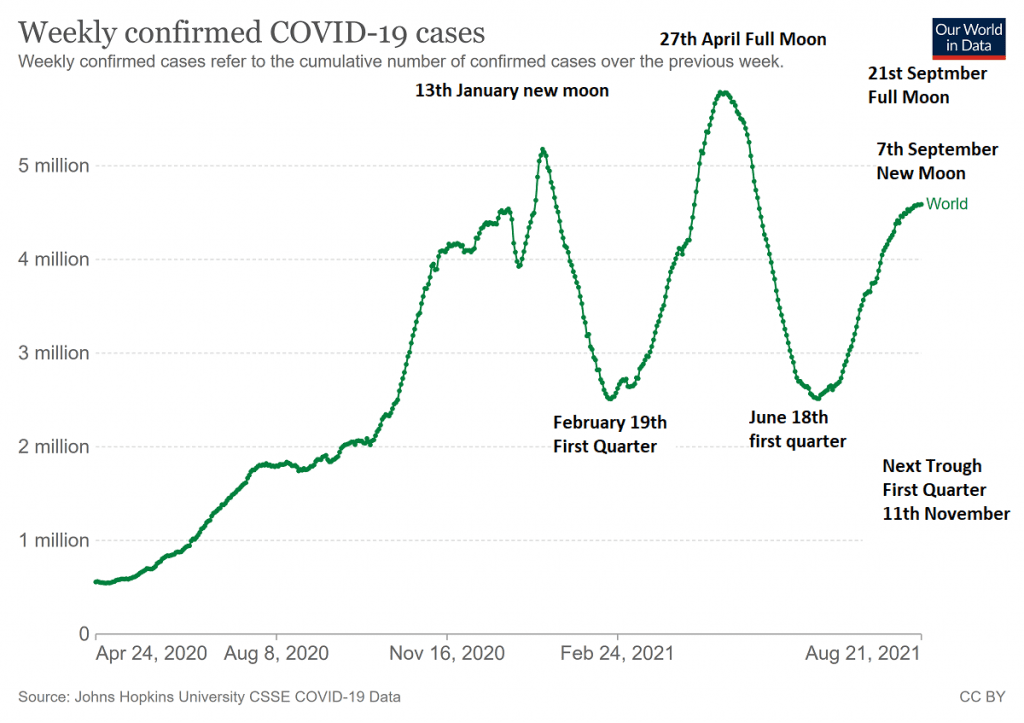 Based on the trough pattern though, the waves could just be repeating every four months, meaning three waves a year. If the waves are spaced evenly 4 months apart, then the next Covidminimum would be on ~20th October.

The number of infections could also be important in the formation of a new wave. Both of the last two troughs bottomed out at about 2.5 million infections before starting to rise again.

The latest self-updating world Covid-19 cases chart is shown below.

We noted earlier this year, in April 2021, the odd, almost unnatural, behaviour of this virus:

Below is an updated chart of global deaths for Covid-19 up to September 2021. After 20 months, the coronavirus still remains within the boundary of 5,000 to 20,000 deaths a day globally.

We are struggling to see much evidence of 3 billion worldwide vaccinations in these charts, although the reduced deaths to cases ratio in the second wave may offer some comfort to the vaccine manufacturers. 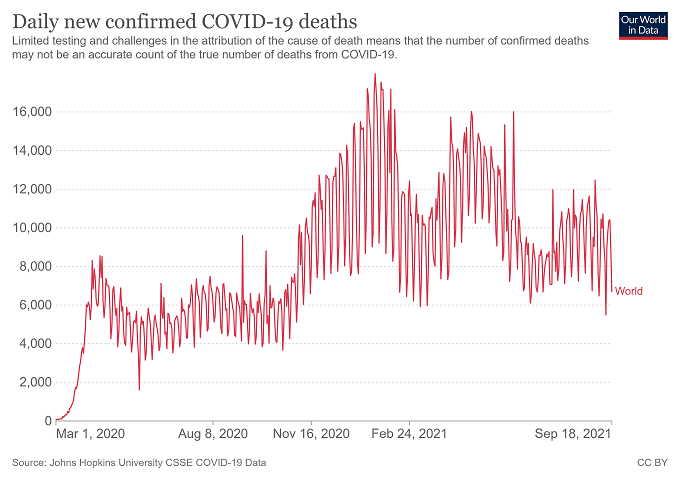