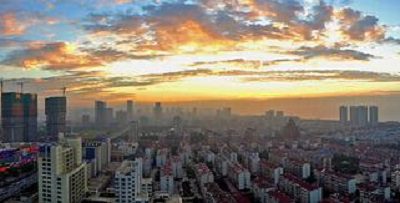 16 cases of Omicron BA.2.3, were reported on Monday in Yantai, East China’s Shandong Province, the first time the strain has been detected in the Chinese mainland.

Genetic sequencing shows that 16 cases reported in the port city belong to the same transmission chain, caused by this evolved variant, the city’s health authorities said at a news conference on Monday. The new variant has proven to be more contagious with a shorter incubation period.

Yantai reported 36 confirmed COVID-19 cases, along with 34 silent carriers on Sunday. The city has recorded an increasing number of cases in recent days. It has vowed to quickly stamp out all transmissions, and to eliminate viral infections within communities as soon as possible.

According to the results of the global sequencing of the COVID-19 gene, Omicron BA.2.3 has now been detected in 49,000 sequences worldwide, accounting for 6.2 percent of all strains

Gene sequencing conducted on 16 samples of local COVID-19 cases reported in Yantai, a coastal city in Shandong province, showed the BA.2.3 Omicron subvariant which had not been reported before on the Chinese mainland, an official said on Monday.

“The new outbreak has features of spatial clustering, and the virus might have been spreading for days,” Shen said.

BA.2.3 is already widespread internationally. It’s been found on almost every continent to date: 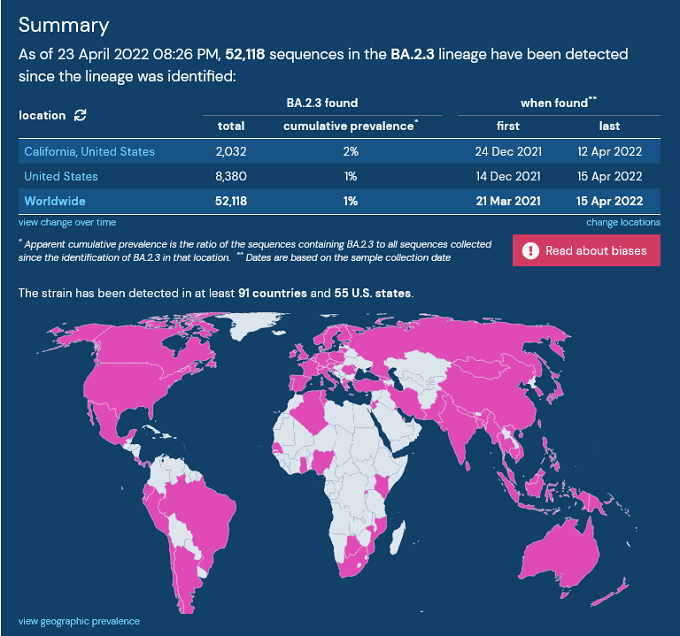 The new COVID-19 sub-variant BA.2.3 currently accounts for around 20% of new coronavirus cases being reported in Italy, geneticist and Naples university COVID task force coordinator Massimo Zollo told ANSA Wednesday. He said BA.2.3 “originated from the BA.2 sub-variant but has more mutations than it does”. The new strain originally descends from BA.1. said Zollo.  He added that since March 1 Italy had filed some 10,000 virus sequences in international COVID-19 mapping data banks.

The sub-variant has also been found in Australia, the US, the UK, Canada and Germany 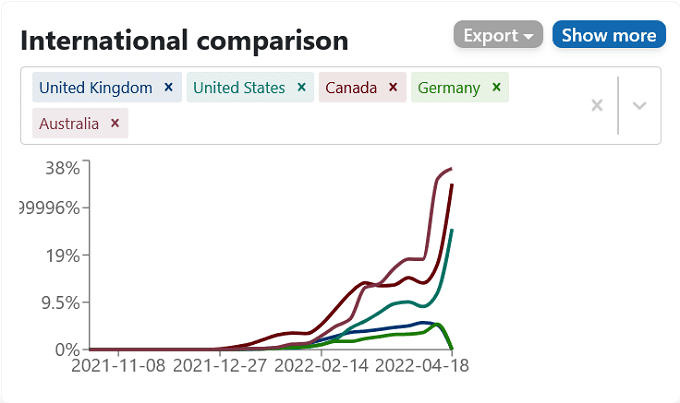 Image by Jessie Li from Pixabay