The United States has announced today that it is reimposing Covid border controls for visitors from China, Hong Kong and Macau.

Starting Jan 5, 2023: Travelers flying to U.S. from China, or who have been in China in the past 10 days & are flying from certain airports, must show a negative #COVID19 test taken within 2 days before #travel to the US or documentation of recovery. https://t.co/VSJz2W6kPT pic.twitter.com/J9DujizieA

A sample of tests from two recent flights to Europe found that 50 per cent of people on board had the virus.

The Chinese State newspaper, the Global Times, is reporting that China expects to deal with 124 million cases of Covid, with 2.7 million people requiring ICU care, although no time period is mentioned in the article:

Japan’s Asahi Shimbun – half of China’s 1.4 billion people will be infected by Covid in the coming months:

Half of China’s 1.4 billion people will be infected by the novel coronavirus in the coming months, analysts said, based on trends seen after the government eased its “zero COVID-19” policy earlier this month.

An internal document believed to be about a government meeting was leaked on the internet. It showed new infections from Dec. 1 to Dec. 20 totaled an estimated 248 million, or 18 percent of the Chinese population.

If the pace of infections has remained the same, the number of new cases now could exceed 300 million.

In response to the unfolding Covid crisis, Japan has introduced testing and quarantine for travellers from China:

Japan will require a negative COVID-19 test upon arrival for travelers from mainland China due to the rapid spread of the virus in the country, Prime Minister Fumio Kishida said on Tuesday.

Travelers from China who test positive will be required to quarantine for seven days, Kishida told reporters, adding that the new border measures for China will go into effect from midnight on Dec 30.

UPDATE 2 – India insists on a negative Covid test for travellers from 5 countries including China and Japan:

Passengers from those countries would be put under quarantine if they showed symptoms of COVID-19 or tested positive, Health Minister Mansukh Mandaviya tweeted on Saturday, as he posted photographs of tests being conducted at the international airport in the capital, New Delhi.

UPDATE 2 – Begrudgingly, the UK has now followed suit with testing requirements for travellers from China:

Britain is set to follow a growing list of countries tightening the rules on arrivals from China as the country deals with a big jump in cases after scrapping many of its tough virus laws.

UPDATE 3 – Tedros @WHO finally speaks up 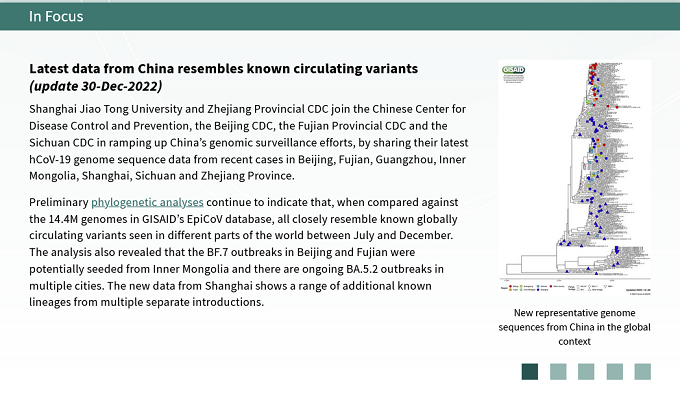 
We will update this post as more information becomes available.

Image by Jan Vašek from Pixabay