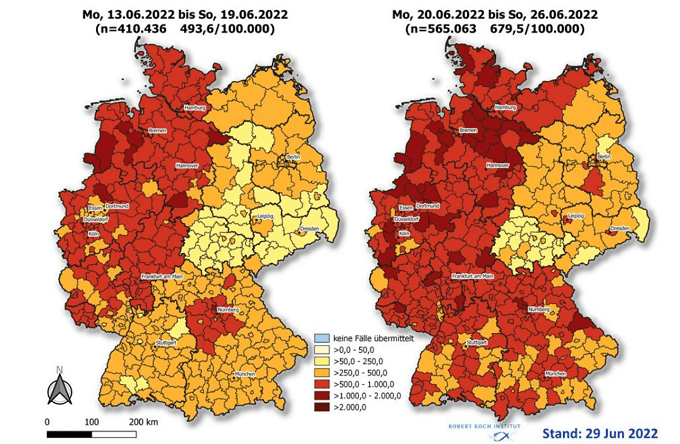 In Germany, the omicron variant has been dominating for the last five months with currently more than 99%. The proportion of the omicron subvariant BA.5 was almost 66% in week 24, it has become the dominant variant. Furthermore, the BA.4 variant continues to increase, albeit less strongly than in previous weeks, while the proportion of other subvariants is declining.

This increase in 7-day incidence affects all age groups. In particular, older people and children and young people have seen significant increases compared to the previous week. Against the background of the high infection pressure in the general population, the number of outbreaks in old people’s and nursing homes as well as in medical treatment facilities has increased again compared to the previous week.