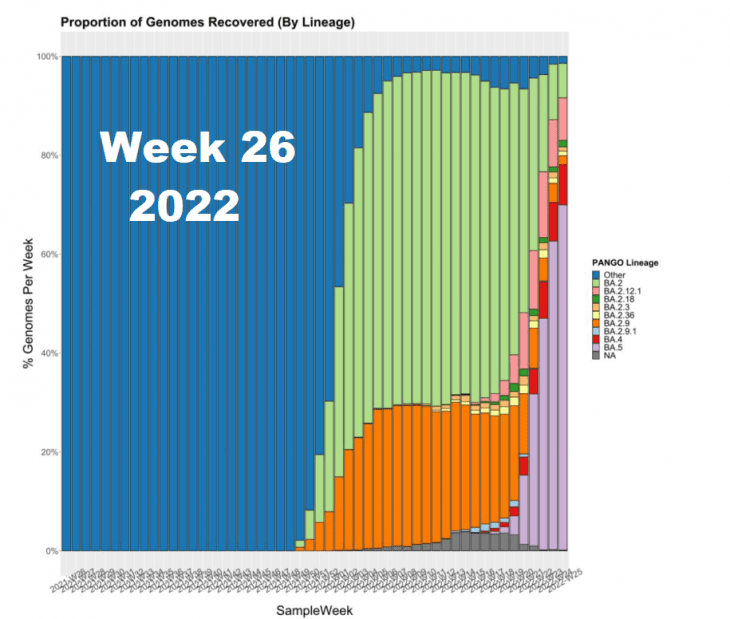 New COVID-19 cases increased by 27%, hospitalizations increased by 45%, and the incidence has risen to 178 cases per 100,000 inhabitants. BA.5 variant is at approximately 70% of sequences.

The number of hospitalizations has increased by 45% in week 25 and patients in age groups 70-89 years constitute the largest groups among the hospitalized. Meanwhile, the proportion of patients admitted because of COVID-19 has increased further to 60% in week 23.

On this background there is a continued moderate likelihood of rising SARS-CoV-2 case numbers along with the growth of BA.5 but with signs of decreasing growth rates. However, it remains uncertain how the coming weeks planned large gatherings can influence the spread of infections and thus the development in case numbers. At the same time, there are signs of increasing number of infections in nursing homes and there is a continued growth of case numbers among social- and health personnel. The rise in hospital admissions continues in week 25, and it is still appraised that there is a high risk that rising infection rates could lead to corresponding hospital admissions in the coming weeks.

Rising case numbers are seen among nursing home residents, and the increase in both number of new cases and positive percentages among personnel in the health care- and social sector continues in week 25. 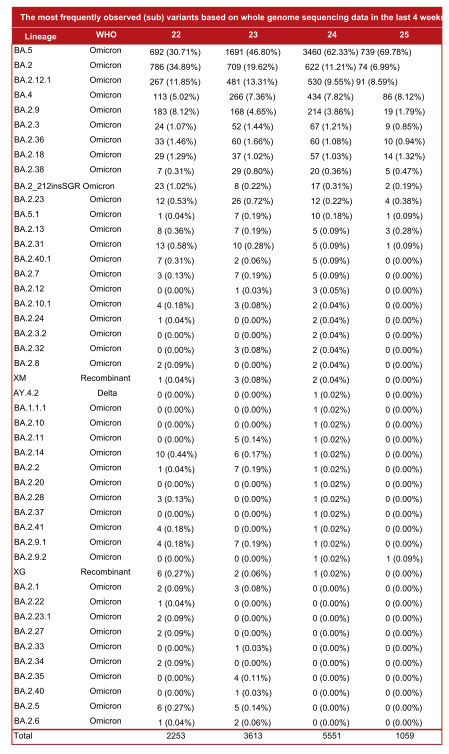