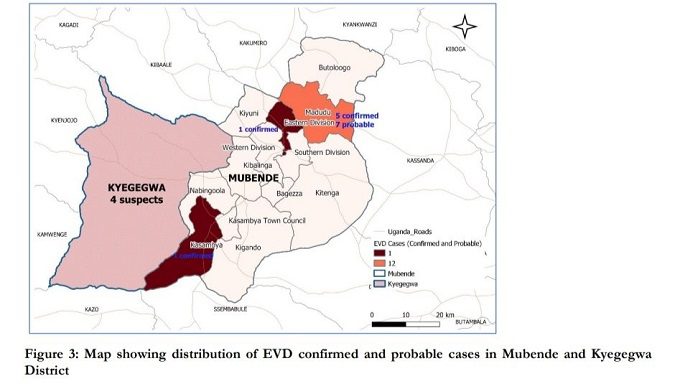 At least 12 people have died from the Ebola Sudan Virus in Uganda’s Mubende district, according to Ugandan health authorities, the Uganda Radio Network reported.

As of Tuesday morning, the death toll stood at eight people, but officials say that two more people died on Wednesday morning in the hospital while two others died in a village in Madudu Sub County, the same area where the first case was confirmed on Monday. The first seven people, including an enrolled nurse, died before the outbreak was confirmed.

Dr. Emmanuel Paul Batibwa, the director of the Mubende Regional Referral hospital, says that 10 other people are currently admitted with severe signs of Ebola. He added that four contacts of a victim who died in the Kyaka refugee settlement have also been sent to Mubende hospital for screening and that their samples have been sent to the Uganda Virus Research Institute.

CNN are reporting that one of the dead is a one-year-old child.

The Twitter account for the Uganda’s Ministry of Health has yet to be updated with the 12th death today: