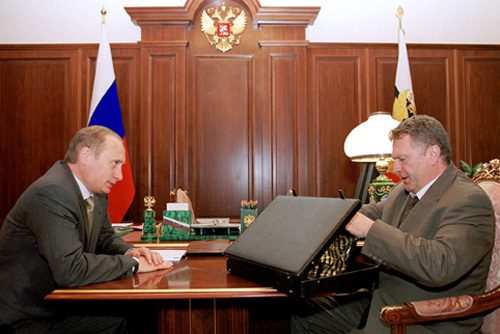 Vladimir Zhirinovsky said that in a year and a half he had shot himself eight times with different Covid-19 vaccines..

Ultranationalist Russian MP Vladimir Zhirinovsky died of Covid-19 in April 2022, despite admitting having vaccinated himself eight times against the disease using different vaccines.

“So I made eight injections and didn’t get sick, and if I had done four, then perhaps I would have been caught somewhere,” he said. According to the politician, re-vaccination is necessary when the level of antibodies decreases.

According to the Mash Telegram channel, Zhirinovsky was hospitalized due to bilateral pneumonia that began against the background of the coronavirus: 50-75% of his lungs were affected. An Interfax source also said that the damage to the lungs was serious.

Vladimir Zhirinovsky’s positions tended towards the far-right of Russian politics, commonly being seen as fascist, however, Zhirinovsky himself sharply objected to such a characterization. In addition to being seen as a fascist, Zhirinovsky has also been regarded to be an ultranationalist. His views have also been described as chauvinistic and imperialistic. Zhirinovsky’s plans for reshaping the presidency essentially have been to mould it into a dictatorship. During his lifetime, Zhirinovsky ran in every single Russian presidential election apart from in 2004.

India: Man caught trying to get a 12th dose of Covid vaccine

India: Man caught trying to get a 12th dose of Covid vaccine

Image by Kremlin.ru, CC BY 3.0 via Wikimedia Commons