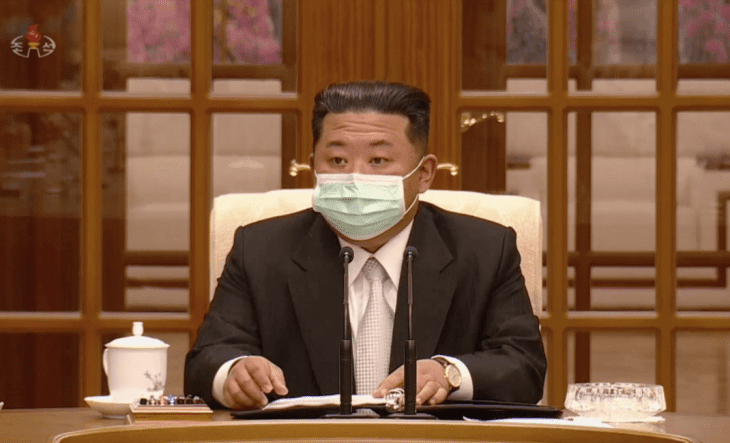 North Korea has announced its first ever Covid-19 cases. The Omicron variant has been identified.

According to the North Korea’s official Korean Central News Agency (KCNA), samples collected from fever-ridden patients on Sunday in Pyongyang were identical to omicron.

On Thursday, the KCNA reported that in connection with the “grave situation” such as the inroads of stealth Omicron variant into the country amid the ever-worsening worldwide public health crisis, the country’s state epidemic prevention work shall be switched over to the maximum emergency epidemic prevention system.

North Korean top leader Kim Jong-un called on at a meeting of the 8th Central Committee of the Workers’ Party of Korea on Thursday that all the cities and counties of the whole country should thoroughly lock down their areas and organize work and production after closing each working unit, production unit and living unit from each other so as to flawlessly and perfectly block the spread vacuum of the malicious virus, KCNA reported.

The source of the viral transmission has yet to be determined nor announced by the North Korean authorities as of press time. It is also unclear how many cases were identified.

Lü Chao, an expert on the Korean Peninsula at the Liaoning Academy of Social Sciences, told the Global Times on Thursday that as long as North Korea requests help, China would not hesitate to provide full package of aids including medicine, protective outfits, testing toolkits and also vaccines to the good neighbor.

China could also dispatch epidemiologists and medical expert group to Pyongyang if requested, to help the neighbor’s fight against the virus, he said.

Kim Jong Un led a politburo meeting the same day to discuss ‘maximum’ anti-COVID-19 response measures after the Omicron variant was detected on May 8 in the country’s capital, state media reported Thursday.

Kim appeared with a mask on for the first time in public in a video of the meeting that the Korean Central Television (KCTV) aired later in the day.

No North Koreans are known to be vaccinated in the country. The World Health Organization (WHO) recently said that the DPRK is one of only two countries that hasn’t yet administered vaccines to its people, and no vaccines are known to have been sent to the country.

“A most serious emergency case of the state occurred,” the Korean Central News Agency (KCNA) said. “The state emergency epidemic prevention command and relevant units made deliberation of the result of strict gene arrangement analysis on the specimen from persons with fever of an organization in the capital city on May 8, and concluded that it coincided with Omicron BA.2 variant which is recently spreading worldwide rapidly.”

Image by Peter Anta from Pixabay