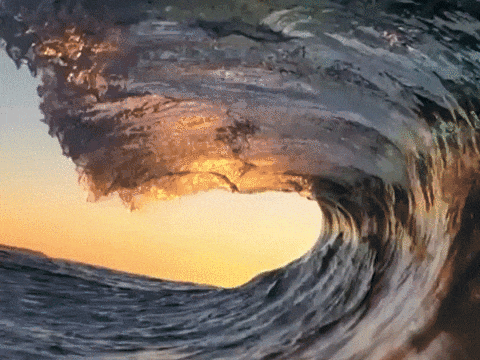 You might be surprised to learn that, in Europe at least, the winter wave may have already started.

We’ve used pandemic data charts to show the evolution of covid waves across the globe so that you can see at a glance where we are in the global wave cycle. It’s all very unscientific, but it’s all we’ve got right now…

As testing for SARS-CoV-2 has been largely halted by governments across the globe, we are using Covid-19 deaths data to fill that gap. It’s not ideal, remember that deaths can lag cases by several weeks for example, so, at the very best, these are rough estimates and should be treated as such.

The trough for the European summer wave of 2022 was around the 21st June 2022 (green arrow). The two previous European winter waves showed steady growth from that date, with an inflexion point for deaths coming around 20th October and a primary peak in deaths towards late-November. Judging by this chart, the winter wave in Europe has already begun. 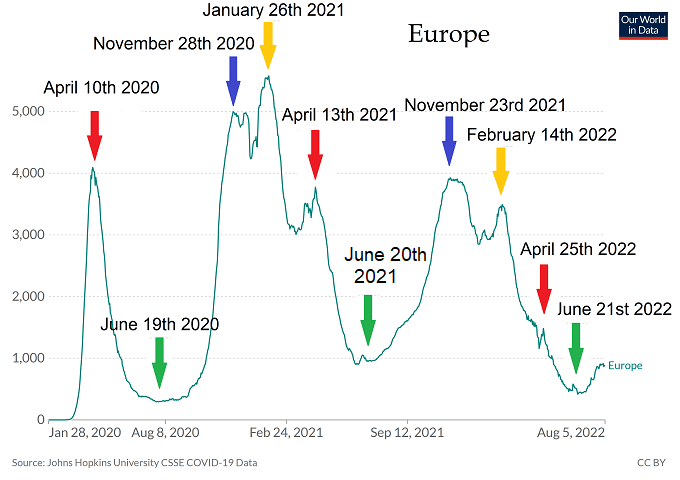 The North American winter wave is shaped differently to the European wave, with five distinct events rather than four. The main winter peaks have, so far, been after the new year holidays, in January or February, with a smaller peak in August/September. The inflexion point for growth in cases tends to be in October/November, so there may be a lull for a couple of months before the winter wave begins in North America. 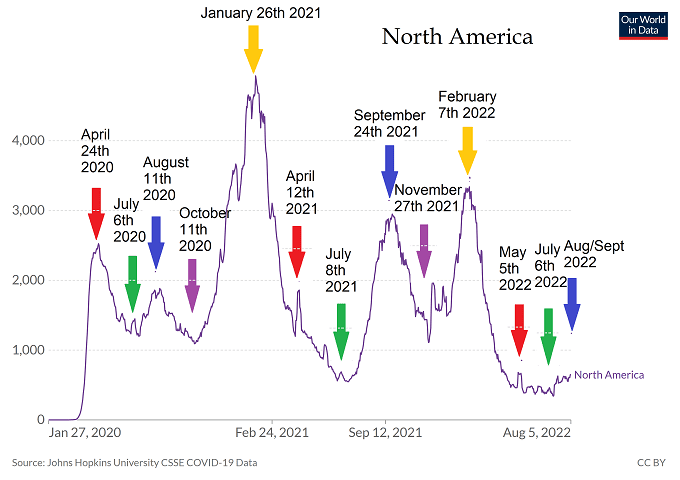 There is a differently shaped wave pattern for Asia too. Asia tends to have its largest Covid wave in March/May time. We expect to see a decline in cases in Asia from now until December 2022, but a simple extrapolation of this chart suggests the next big wave in Asia could be very severe indeed. Japan has seen its highest ever recorded Covid-19 figures for cases, hospitalizations and deaths in its August 2022 wave. 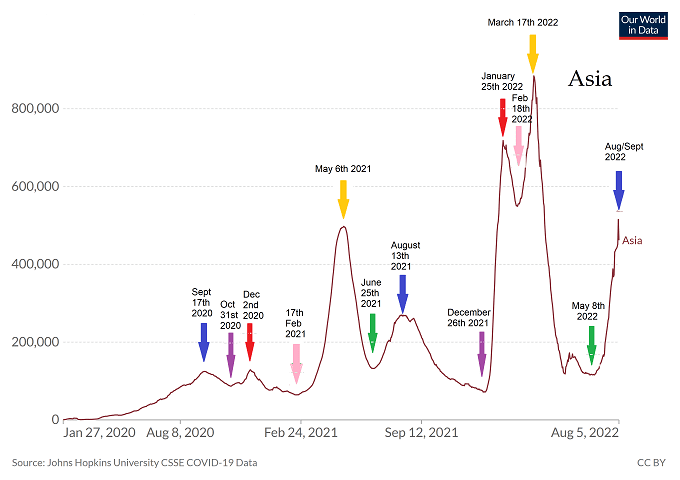 The largest wave in South America generally occurs in the first few months of the new year, between February and April, with a smaller wave around August. The latest South America wave now seems to be tailing off, so a fresh wave should be due early in the new year. 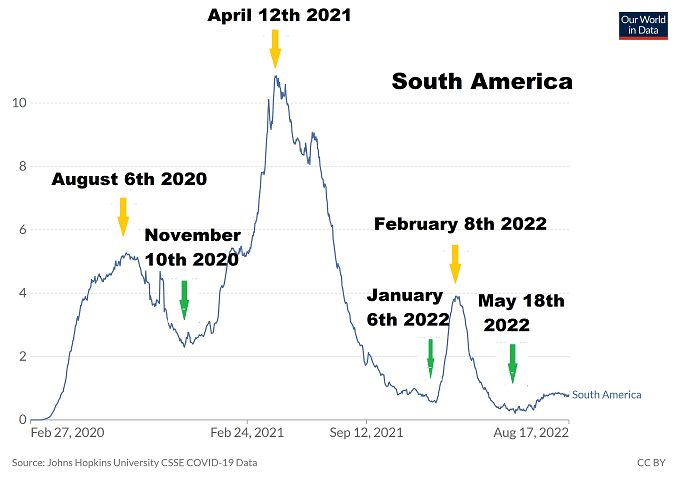 Here are the four continental waves stitched together. It’s the combination of the North American and European winter waves that makes December to February so deadly.