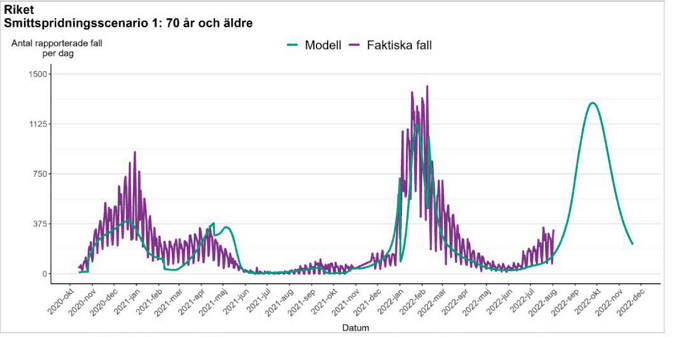 Sweden’s Health Department has issued a document forecasting two likely scenarios for Covid-19 for the period August 2022 to November 2022.

“We have produced two scenarios that illustrate the continued spread of covid-19 during the period 20 August to 20 November 2022.

Scenario 0 shows a wave of Covid cases for all ages in Sweden, starting in August 2022, peaking in late September 2022, and winding down in November 2022: 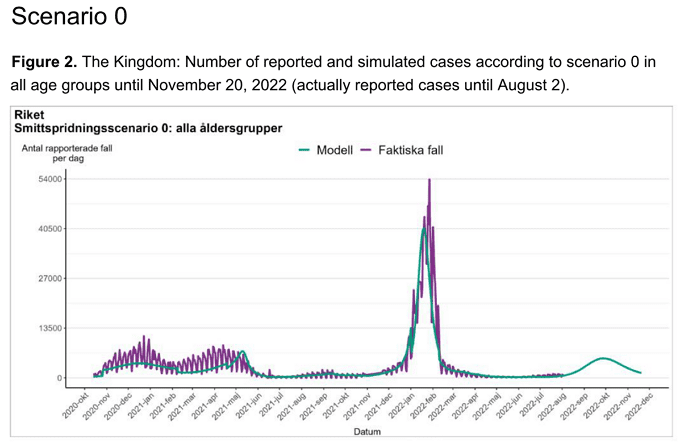 Scenario 0 shows a larger wave of cases also starting in August 2022 for those aged 70yrs and over, peaking in September 2022, and winding down in November 2022: 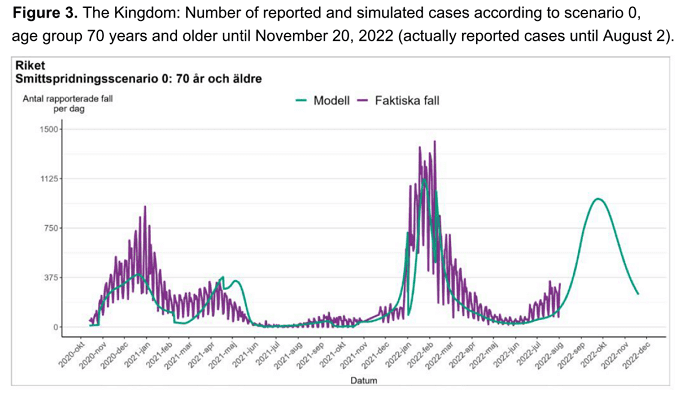 Scenario 1 shows a Covid wave starting in August 2022 for all ages, peaking at a slightly higher level than scenario 0, and then winding down in November. 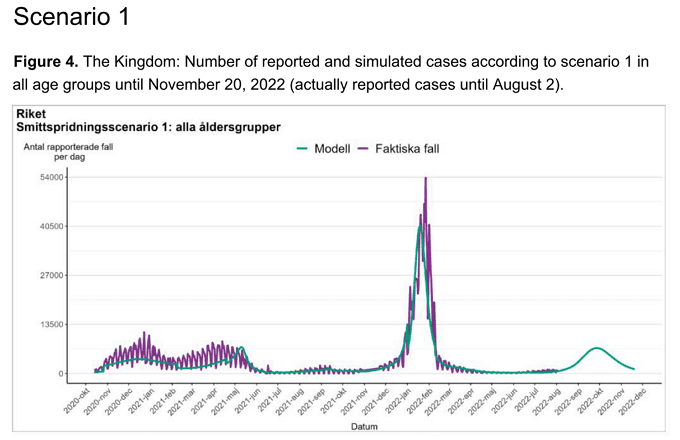 Scenario 1 shows a Covid wave also starting in August 2022 for the over 70’s, peaking at a considerably higher level than scenario 0, and then winding down in November. 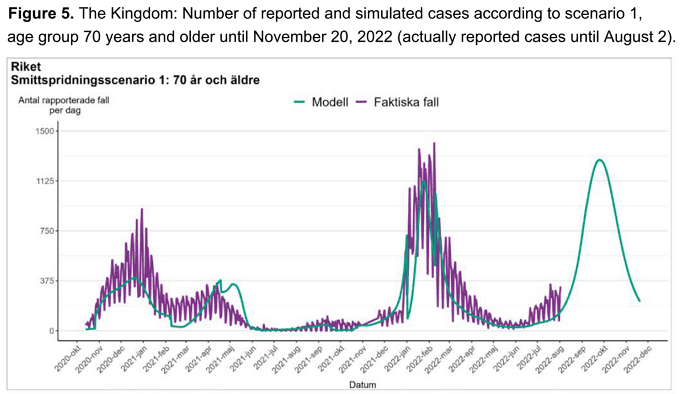 The complete report translated into English:


The full report in Swedish is downloadable here

“There are relatively many people who are infected all the time”

The number of people infected with covid-19 in society remains high, according to the continuous measurements of virus levels in Gothenburg’s wastewater.

The levels have indeed gone down in the last weekly measurement. At the same time, however, the minimum levels are significantly higher than before during the pandemic, after a gradual increase during the summer.

“It seems that we have a significantly elevated baseline of the amount of circulating sars-cov-2, so there are relatively many people who are infected all the time,” says Heléne Norder, microbiologist at Sahlgrenska University Hospital, in a press release.

Our take: Sweden has had fairly conventional winter waves in both 2020 and 2021. We’re not convinced about a wave starting in August and ending in November, but you can track it yourself with the updatable charts below.

Sweden: Prepare for a new variant of special importance on March 20th 2022