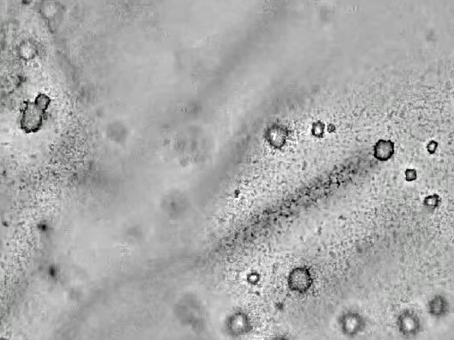 Two fatal cases of Marburg virus disease have been reported from the Ashanti region of Ghana.

On 28 June 2022, these cases were notified to health authorities as suspected viral hemorrhagic fever (VHF) cases and tested positive for Marburg virus on 1 July 2022.

An outbreak of MVD has only been reported once previously in West Africa, and this is the first time MVD has been notified in Ghana. An outbreak of MVD may represent a serious public health threat as it is severe and often fatal.

On 28 June 2022, two suspected viral hemorrhagic fever (VHF) cases were notified to health authorities in the Ashanti region, Ghana (Figure 1). This region is located in the middle belt of Ghana and is the most populated region in the country.

The first case was a 26-year-old male who was a farm worker in Adansi North district, Ashanti region with a travel history to the Western region. Prior to symptom onset on 24 June, he arrived from the Western region to Ashanti region. He sought care at a hospital on 26 June and died on 27 June. The case was transported and buried in the Sawla-Tuna-Kalba district, Savannah region, which borders both Burkina Faso and Côte d’Ivoire. The burial was conducted before the results of laboratory tests for MVD were available.

The second case was a 51-year-old male who was a farm worker in Bekwai Municipal, Ashanti region. He sought care at the same hospital as the first case on 28 June but died the same day.

Both cases presented with fever, general malaise, bleeding from the nose and mouth, and subconjunctival bleeding (bleeding of the blood vessels in the eyes). Blood samples were collected on 27 June for the first case and 28 June for the second case and sent to Noguchi Memorial Institute of Medicine Research (NMIMR) for testing.

On 1 July, both cases tested positive for Marburg virus by reverse transcriptase polymerase chain reaction (RT-PCR).  On 12 July, samples collected from the two cases were sent to Institute Pasteur in Dakar, Senegal (IPD) which confirmed the results from NMIMR on 14 July 2022.

This is only the second outbreak of Marburg in West Africa. The first case of the virus in the region was detected last year in Guinea, with no further cases identified.

There have been a dozen major Marburg outbreaks since 1967, mostly in Southern and Eastern Africa.

Fatality rates have varied from 24 percent to 88 percent in past outbreaks depending on the virus strain and case management, according to the WHO.

Marburg is transmitted to people from fruit bats and spreads among humans through direct contact with the bodily fluids of infected people, surfaces and materials, the WHO says.

The virus is considered to be extremely dangerous. The World Health Organization (WHO) rates it as a Risk Group 4 Pathogen (requiring biosafety level 4-equivalent containment).

In the United States, the NIH/National Institute of Allergy and Infectious Diseases ranks it as a Category A Priority Pathogen and the Centers for Disease Control and Prevention lists it as a Category A Bioterrorism Agent. It is also listed as a biological agent for export control by the Australia Group.

The virus can be transmitted by exposure to one species of fruit bats or it can be transmitted between people via body fluids through unprotected sex and broken skin. The disease can cause bleeding (haemorrhage), fever, and other symptoms similar to Ebola. However, Marburg virus is not the same as Ebola, although similar.

According to the WHO, there are no approved vaccines or antiviral treatment for Marburg, but early, professional treatment of symptoms like dehydration considerably increases survival chances.

Marburg virus was first recognized in 1967, when outbreaks of hemorrhagic fever occurred simultaneously in laboratories in Marburg and Frankfurt, Germany and in Belgrade, Yugoslavia (now Serbia). Thirty-one people became ill, initially laboratory workers followed by several medical personnel and family members who had cared for them. Seven deaths were reported. The first people infected had been exposed to Ugandan imported African green monkeys or their tissues while conducting research. One additional case was diagnosed retrospectively. 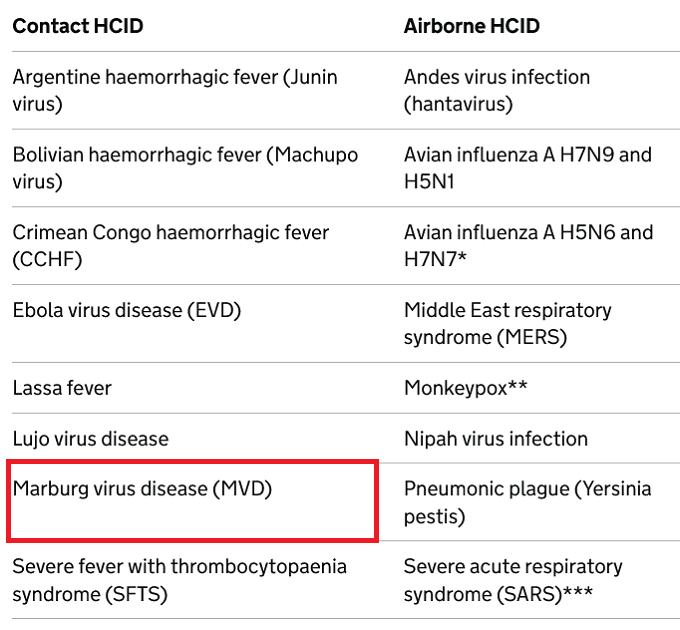