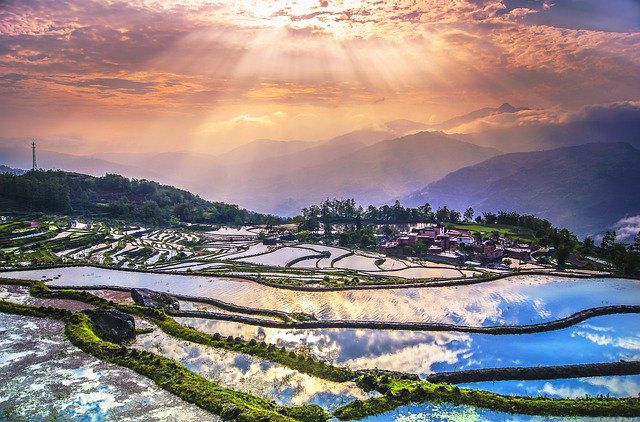 Peter Daszak/Zheng-Li Shi/Ecohealth: “In this study, we performed serological surveillance on people who live in close proximity to caves where bats that carry diverse SARSr-CoVs roost. In October 2015, we collected serum samples from 218 residents in four villages in Jinning County, Yunnan province, China, located 1.1–6.0 km from two caves (Yanzi and Shitou). We conducted a virus neutralization test for the six positive samples targeting two SARSr-CoVs, WIV1 and WIV16. None of them were able to neutralize either virus. These sera also failed to react by Western blot with any of the recombinant RBD proteins from SARS-CoV or the three bat SARSr-CoVs Rp3, WIV1, and SHC014.”

Image by 波 胡 from Pixabay