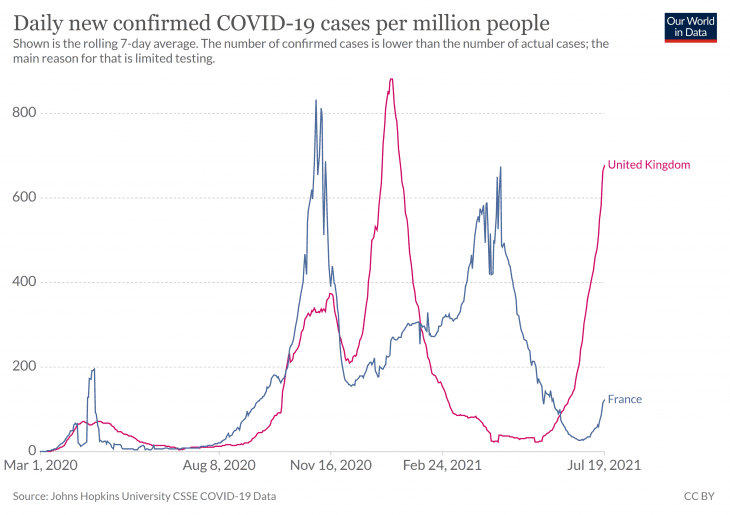 “We have entered a fourth wave of the virus,” said government spokesman Gabriel Attal on leaving the Council of Ministers on Monday, July 19, explaining that “the dynamics of the epidemic are extremely strong, with a wave faster and a steeper slope than all the previous ones”. In one week, the incidence rate increased by nearly 125% he announced, while revealing that the Delta variant represented, according to the latest screening, 80% of contaminations in France.