One thing that we have been keeping on eye on recently is the possible successor variant to Delta B.1.617.2 in the UK.  The Alpha B.1.1.7 variant had a shelf life of about 5 months before it was displaced by Delta. Will Delta have a similar shelf life?

Delta seems to have been on the wane in the UK over the couple of weeks, so is it already making way for a stronger, fitter variant? If it is, it won’t be long before that successor variant becomes apparent, and the removal of all Covid mitigations on UK “Freedom Day” has given it plenty of opportunity to spread quickly.

Below, Alpha had a shelf life of about 5 months in the UK. Delta already seems to be waning. What will take its place?

Below, Delta may have peaked worldwide, but there is no clear successor variant yet. 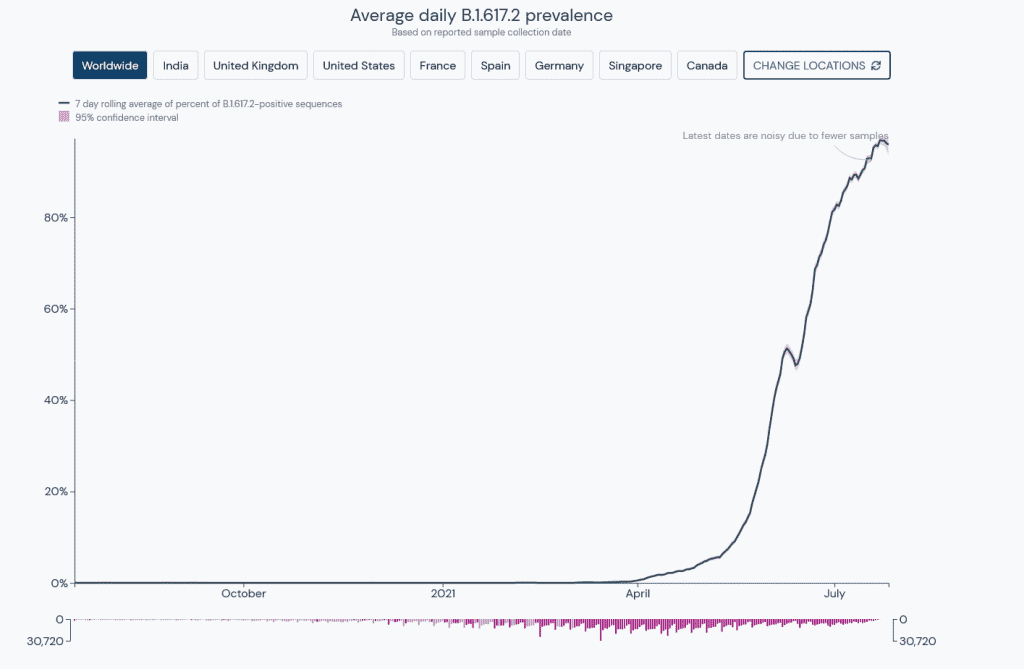 Below, It doesn’t look like the successor variant will be Delta AY.3 in the UK from this chart, but it’s too early to tell…. 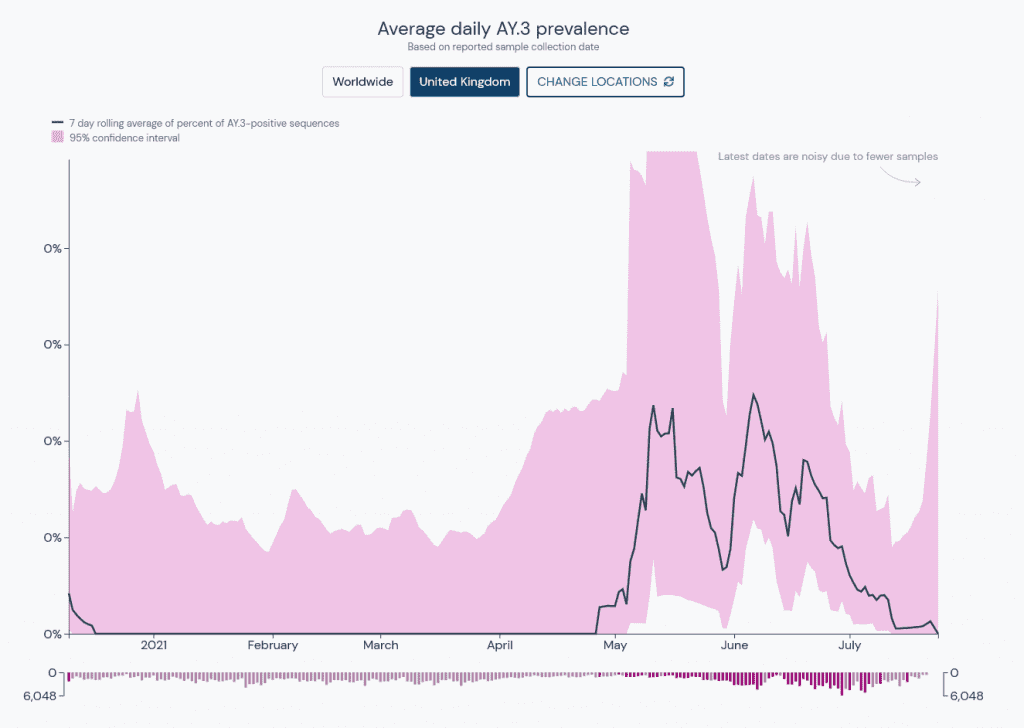 Below, Delta peaked in early May 2021 in India, but hasn’t immediately been followed by another stronger variant. The next variant could be waiting for a fall in the population’s antibody levels from the Delta wave which could take 3-6 months, creating an opportunity from August 2021 onwards. The shelf life for Delta in India, in a largely unvaccinated population, was just three months. 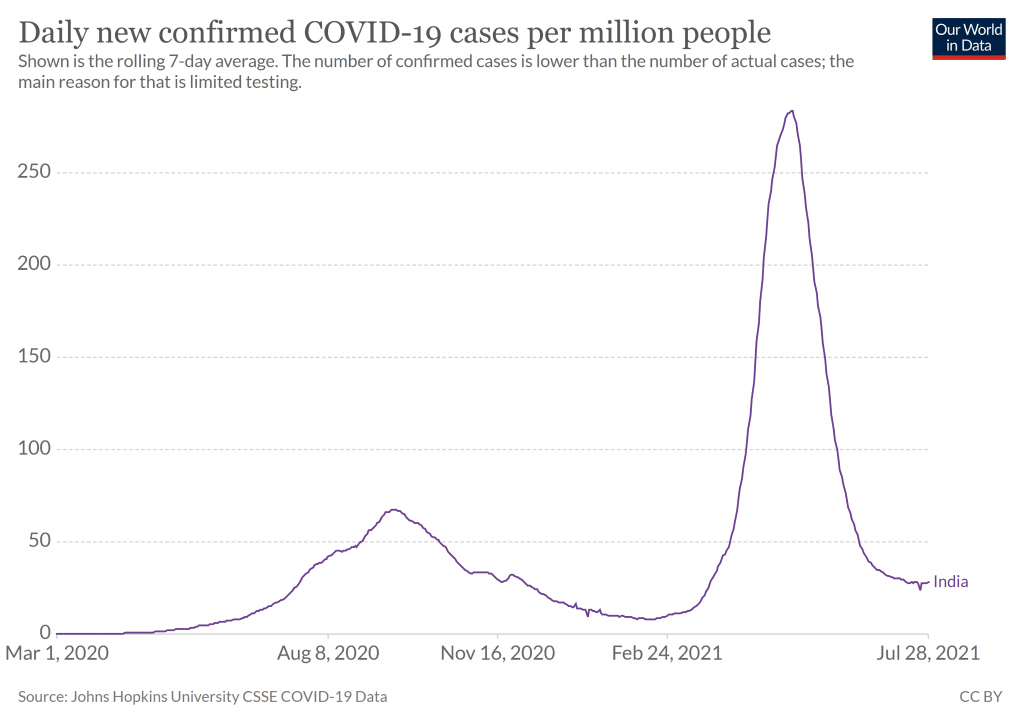 The problem for the UK government, though, is that by dropping all mitigations on 19th July 2021, they may have encouraged Delta to peak early and, as a consequence, left enough time for a second larger, and perhaps far worse, autumn or winter wave to form.

As we said in this post in on 16th July:

“According to the UK’s Chief Medical Officer, the idea is that a Covid-19 wave in the summer will prevent an even worse wave in the winter.  Our prediction is that Johnson will simply get two waves for the price of one – the wave he is promoting now, by removing all mitigations, and an even worse winter wave caused by yet another new variant.”