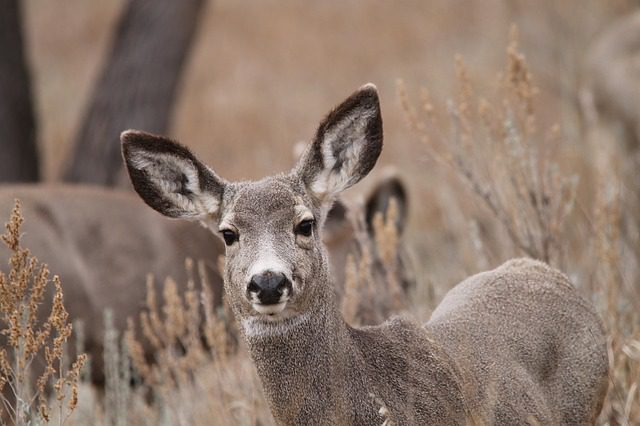 “On March 22, the APHIS’ National Veterinary Services Lab in Ames, Iowa confirmed a case of the SARS-CoV-2 delta variant in one of the samples submitted from a female mule deer in Morgan County. Only one deer tested positive for the virus from the nasal samples, but several other Utah deer had the antibodies in their blood samples, indicating the virus had been in the deer population prior to the capture.”

Officials don’t yet know how the deer were originally exposed to the virus and are investigating further to determine whether it was from another animal or a human.

A team from the University of Saskatchewan (USask) found positive results in viral RNA swabs taken from four white-tailed deer harvested in 2021.

94.4% of captive deer at a Texas park seropositive for SARS-CoV-2

Preprint: High Seroprevalence of SARS-CoV-2 in White-Tailed Deer (Odocoileus virginianus) at One of Three Captive Cervid Facilities in Texas

Image by Jessica Rockeman from Pixabay