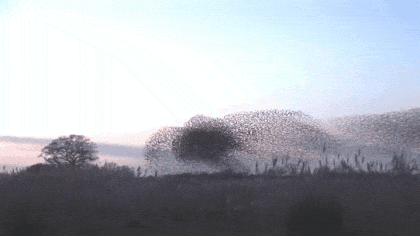 Self-spreading virus vaccines for animals are being researched in Europe and the US.

“In Spain scientists are currently vaccinating pigs with self-spreading viruses (that have not been modified in a laboratory) against African swine fever as part of contained experiments.

In the U.S., a four-year research project has just ended that sought to mathematically identify strategies for deploying self-spreading vaccines. The U.S. Department of Defense’s research agency, DARPA, is also funding experimentation to determine if lab-modified self-spreading animal vaccines can prevent the spillover of pathogens to U.S. military personnel in areas where they operate.”

What could possibly go right with this plan?