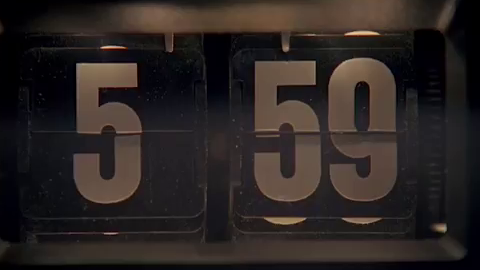 Just two and half weeks since Boris Johnson announced to the UK Houses of Parliament that Britain would be dropping almost all Covid restrictions, the virus has bounced back, and the UK is facing yet another fresh wave of disease and death.

On the 21st February 2022, Boris Johnson announced the end of Covid in Britain and scrapped all remaining regulations: 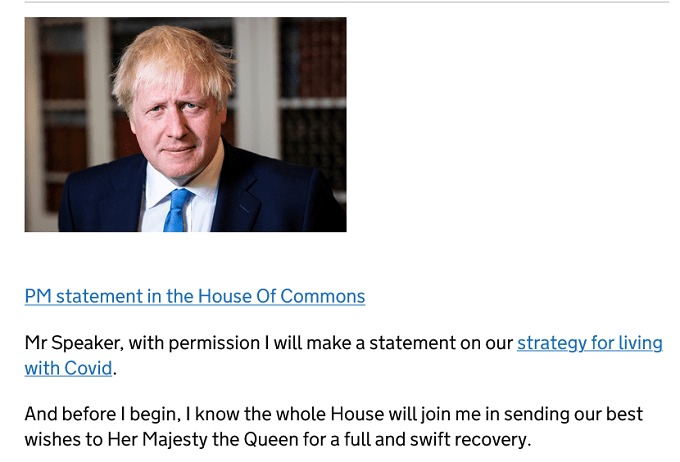 The UK government’s heavily massaged figures show that Covid cases, hospitalizations and deaths are rising in Britain, but at a fraction of the levels shown by more reliable information sources. These are their weekly figures:

But Covid figures from other leading indicators of prevalence in Britain show that the new wave is on an entirely different scale to the government’s wishful thinking:

The Office of National Statistics estimated on the 11th March that the one person in every twenty five is infected with the virus in England, and one in eighteen are infected in Scotland.

This study looked at almost 95,000 swab tests taken between 8 February and 1 March, showing that around 1 in 35 was infected during this period. This is the second highest the study has recorded since it began testing in May 2020. Infections were flat or possibly rising in those aged 55+, while there was also a substantial increase in the proportion of the BA.2 Omicron ‘stealth’ variant.

The ZOE app is currently showing around 200,000 new Covid cases a day, far higher than the government’s figure, with over 2.25 million people reporting symptomatic Covid. 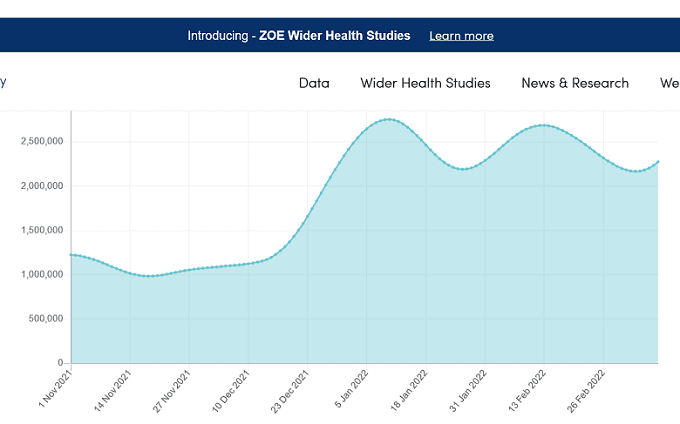 ZOE’s inability to correctly parrot official government figures is probably the reason that its funding has just been axed by the British government:

The React-1 study is now apparently under threat, and even the ONS study was apparently considered for the chop. Jenny Harries, you should hang your head in shame for these decisions.

Finally, we have yet to see an explanation from the government as to why large areas of the South West of Britain seem to have stopped reporting genome sequences recently, something first pointed out by @unusual_times on Twitter. 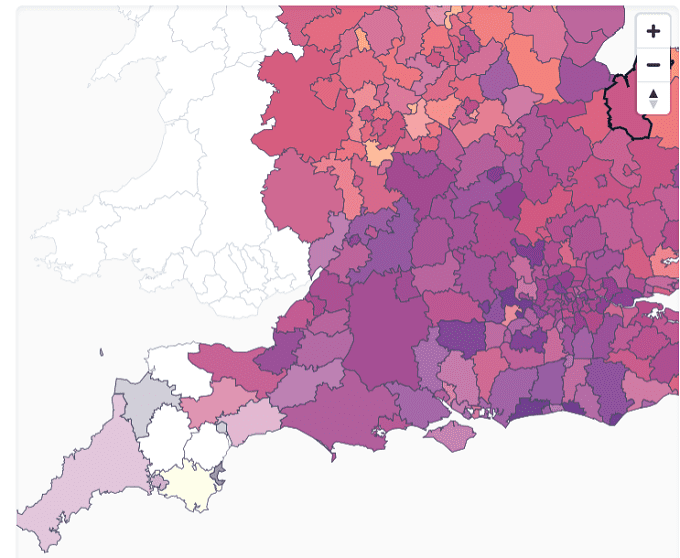 Could the blacked-out areas be affected by Omicron BA.2 with the S:I1221T mutation, or a Deltacron outbreak?

We know that hundreds of cases BA.2/S:I1221T (the same mutation causing horrendous problems in Hong Kong) have been reported in Britain, but we don’t know which areas of the country they are in. What we do know, though, is that Plymouth’s Derriford hospital, which covers that South West England, has been under unusual strain recently…

Another alternative, of course, is that there could be an entirely new variant spreading in the South West of England, and the UK government are simply waiting for it to be “discovered” in a third country before announcing the cases in Britain, as happened with the Omicron variant. Don’t fall for that one again Tulio!

With the quantity and quality of UK Covid data now drying up, it’s becoming increasingly difficult to interpret what is going on in that country, and to accurately predict changes in trends. There are no benefits to their censorship strategy whatsoever. Speculation and rumour will quickly fill the vacuum left by scientific facts.

Thanks for all your letters of support! We are not giving up! One reason we at ZOE have been shut down is seen in this graph – where the true infections are five times more than the official dashboard and going up fast- thanks 4 logging! pic.twitter.com/27wAZ7JwQr