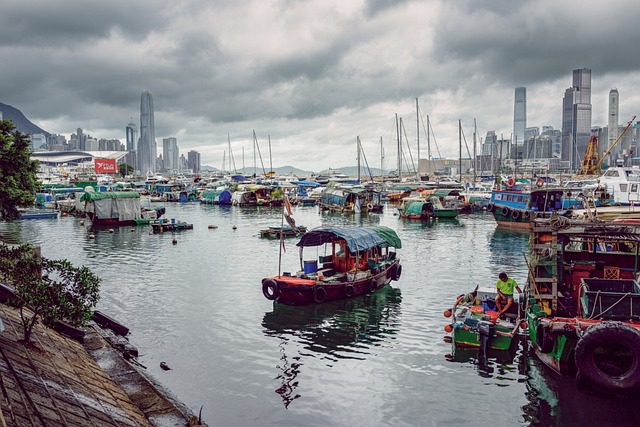 The dominant BA.2 lineage in Hong Kong with the spike mutation at I1221T has been designated BA.2.2.

The BA.2 lineage has been split at a point that makes it easier to separate the Hong Kong variant from a BA.2 variant circulating in the UK that has a similar mutation.

“I believe @chrisruis has designated this as BA.2.2 but starting with Orf1ab:T4087I. At that node it becomes almost 100% Hong Kong with a few samples in England; at the S:I1221T node it’s still mostly U.K. with a smattering of other countries including Hong Kong. Here is a view from the UCSC/UShER tree, colored by country, hovering the mouse over Hong Kong to show where the Hong Kong samples are (larger circles):” 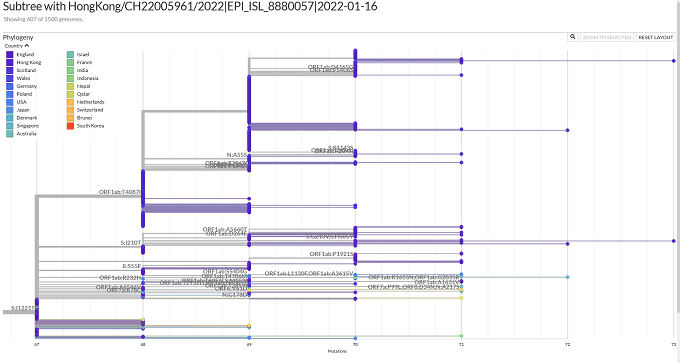 After a few days lull, it was looking like Hong Kong’s BA.2.2 Covid wave might have finally peaked, but today’s case count is a record-breaking 57,757 – that new figure is not yet showing on the chart below.

The large scale Covid testing of the entire Hong Kong population that was due to start any day seems to have been postponed.

The South China Morning Post reports that a new emphasis is being put on saving life and preventing hospitalizations from Covid by protecting the vulnerable rather than large scale testing. The latest report suggests that Hong Kong is considering introducing a “closed-loop” system for care homes, where care home staff would be accommodated in hotels for a period of time. 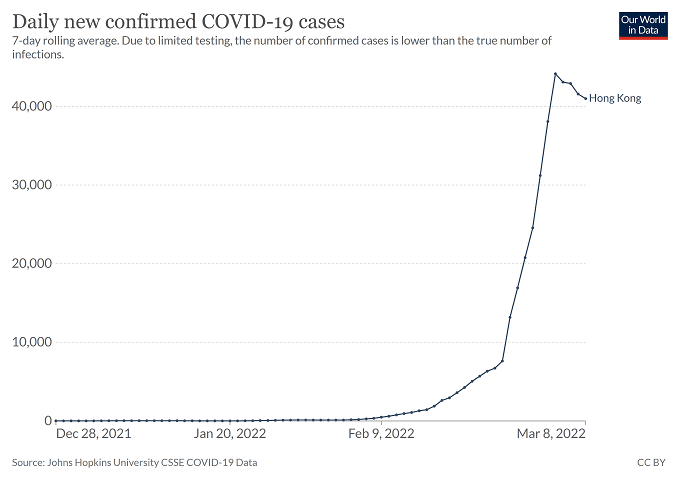 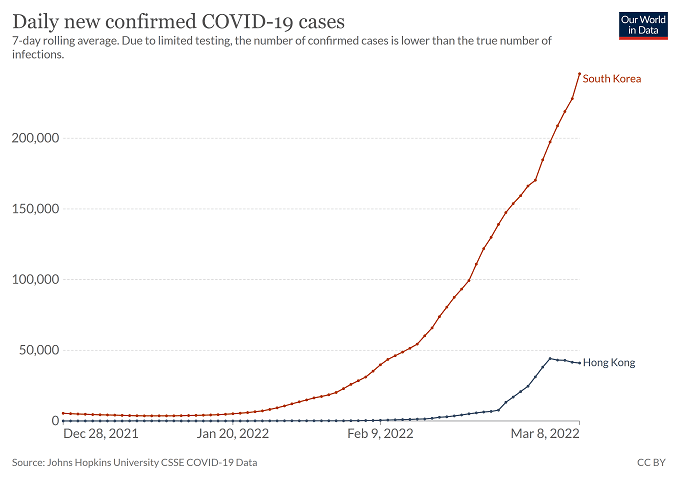 “South Korea reported a record 342,446 new Covid-19 infections on election day, and one in 10 people in the country have contracted the virus.

Wednesday’s count was up 139,726 from the previous day, or 68.9 percent, and crossed the 300,000 mark for the first time. All but 58 cases were locally transmitted, according to the Korea Disease Control and Prevention Agency (KDCA).