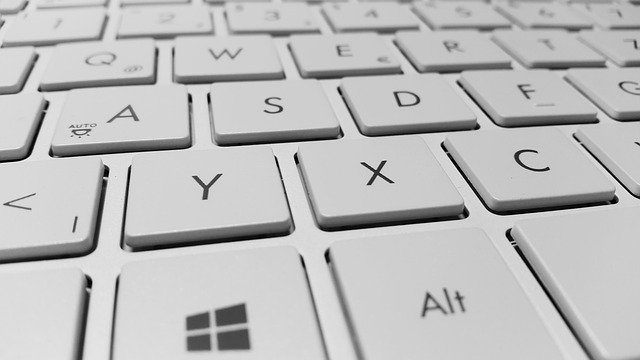 France has given a little more detail about the Deltacron hybrid virus found circulating in various regions there. The Delta/Omicron recombinant in France is currently referred to as XD.

We have translated and republished all three of the French documents below, as there is far more information contained in them than simply the updates on the XD recombinant.

From the Weekly Epidemiological Update of March 24, 2022:

“Since February 18, 2022, the Delta/Omicron recombinant named XD has been subject to increased monitoring by the laboratories of the EMERGEN consortium, Public Health France and the CNR Virus for respiratory infections. The majority of the XD variant genome corresponds to the Delta variant (AY.4 sublineage), but a large portion of the S gene (coding for the Spike protein) corresponds to the Omicron variant (BA.1 sublineage).

As of March 21, 44 sequences have been detected in France, including 21 during Flash investigations. These sequences correspond to cases from several regions and dating back to early January 2022, suggesting circulation of this recombinant at low levels for several weeks. However, the frequency of detection of the XD variant during Flash surveys does not seem to have increased between S01 and S10. To date, very little data is available on the characteristics of the XD variant, but investigations are ongoing. More information is available in the variant risk analysis of 02/23/2021.”


From the Risk Analysis on Emerging Variants of SARS-CoV-2 document dated 23rd February 2022:

“Since the beginning of the circulation of SARS-CoV-2, different variants have circulated concomitantly. In this context, it may happen that the same individual is infected simultaneously by several variants of SARS-CoV-2, sometimes very distinct.

These co-infections can give rise to recombination phenomena: in a cell infected by two viral strains, exchanges of genetic material between the viruses can occur; the recombinant resulting from this event therefore has a “mosaic” genome, part of its genome corresponding to the genome of the first strain and another part corresponding to the genome of the second strain.

This phenomenon of recombination is frequent in SARS-CoV-2, an American study carried out on 1.6 million SARS-CoV-2 genomes having identified 7% of recombinants (35). However, in the majority of cases, the two original strains are close and the recombinant has a profile similar to the parental strains. These recombinants are therefore difficult to detect and are generally not of public health concern.

During the pandemic, the genetic divergence between the different lineages of SARS-CoV-2 has increased over time, making the recombinations that are more easily identifiable because they come from more divergent variants (36). From sequencing data, it can be complex to distinguish co-infection with two different variants from infection with a novel recombinant, and several recombinant detections have proven to be false alarms. In 2021, a recombinant between VOC Alpha and VOC Delta was identified in Japan and a Beta/Delta recombinant in China.

Since the end of 2021, an Omicron wave has overlapped with a Delta wave in several regions of the world. This co-circulation of two variants on a large scale increases the probability of co-infections and therefore that of recombinants.

Several suspected Delta/Omicron recombinants have been reported recently in the UK, USA and Australia, and others are under investigation.

Recombination phenomena between two different variants represent major genetic divergence events. It is difficult to predict what the characteristics of such a recombinant will be compared to the two parental variants and to anticipate its impact on public health. This is why SARS-CoV-2 recombinants are under close scrutiny internationally. In France, enhanced monitoring of Delta/Omicron co-infections has been implemented in order to detect possible recombinants as early as possible. Samples with a C1D1 screening result (presence of the L452R mutation associated with Delta, and one of the D mutations associated with Omicron), which are therefore suspected of co-infection, are subject to systematic sequencing. The C1D1 profile in screening was mainly identified between mid-December and mid-January, which corresponds to the period of co-circulation of Delta and Omicron.

As of 02/21/2021, 59 probable Delta/Omicron co-infections have been identified in France (source: EMERGEN database).

On 02/16/2022, a discussion thread was opened on the Github bioinformatics forum of the Pangolin nomenclature tool about a Delta/Omicron recombinant potential in France (39). Performed from the GISAID database, these analyzes had identified four sequences from France, four sequences from Denmark and one sequence from the Netherlands which form a separate phylogenetic branch. This signal was investigated by the Respiratory Infections Virus CNR and the RNA Virus Evolutionary Genomics Laboratory at the Institut Pasteur, which confirmed that the four sequences from France did indeed correspond to a recombinant.

Additional analyzes were carried out on the EMERGEN database, using three mutations which seem to characterize the sequences of this recombinant: ORF1a:E352D, S:A27S, S:N764K. This “proxy mutation” is not 100% specific and sensitive in identifying this recombinant, and work is in progress to refine it.

As of 02/21/2022, 10 sequences in the EMERGEN database carried these three mutations, 9 of which were sequenced during Flash surveys. These samples come from different regions and the oldest dates back to 17/01. The detection during Flash surveys and the geographic dispersion of the cases suggest that this recombinant has potentially already been circulating at very low levels since mid-January. Additional analyzes are underway to confirm these results, and this signal is being closely monitored by the CNR, the laboratories of the EMERGEN consortium and Public Health France.”

The French Health Department has updated its risk analysis profile for the XD recombinant on the 23rd March 2022. The new risk analysis states:

“Among the 54 cases of infection by the XD variant investigated, the sex ratio was 1.2 (29 men for 25 women, Table 3). The median age was 32 (interquartile range 18-44), with the youngest case being 4 years old and the oldest 66 years old. The median age was similar to that of cases of Omicron infections investigated between November 2021 and January 2022 (35 years), but with a different distribution (Figure 4). The proportion of XD variant cases under 20 years of age (30.6%) was significantly lower than that of Omicron cases (11.3%, p=0.0004). No case of the investigated XD variant was over 70 years old, compared to 2.7% for the Omicron cases. Returning from a trip or contact with a person returning from a trip within 14 days before the positive test was reported by 5 cases of infection with the XD variant (10%). Among these cases, 3 reported a return from Belgium, 1 from Niger and the travel history of the 5th case was unknown. A significant proportion of the cases investigated were associated with clusters (N=35, 67.3%), mostly familial. But this overrepresentation of clusters can be linked to the format of the investigations, which are based on tracing the chains of transmission and monitoring contacts.

Three cases of infection with the XD variant reported a previous infection with SARS-CoV-2 (5.9%, Table 3), i.e. a lower proportion than for the cases of infections with Omicron (14%). The vaccination status was available for 46 cases. Cases under 12 years old were excluded (N=5) because vaccination coverage is still low. 6.5% of the cases investigated were unvaccinated, 4.3% vaccinated one dose, 54.3% vaccinated two doses and 23.9% vaccinated three doses (Table 3). The proportion of cases infected with the XD variant who received three doses of vaccine was significantly higher compared to cases infected with Omicron (23.9% versus 5.4%, p < 0.0001). But this difference is rather linked to the different investigation periods for the two variants (January-March 2022 for the XD variant, November 2021-January 2022 for Omicron) and the increase in the proportion of the population vaccinated three doses between these two periods (7% on 11/15/2021 and 58% on 03/01/2022). The median time between the administration of the last dose and the date of the positive test was 168 days (interquartile range 89-209).

Only two of the cases investigated were asymptomatic, both children under the age of 10. The most frequent clinical signs were asthenia/fatigue (58%), headache (56%), fever (46%), cough (42%) and sore throat (38%, Figure 4). The main difference with previously investigated cases of Omicron infections was the higher rate of ageusia (odds ratio OR 2.4 [1.027-5.358], p=0.03) and anosmia (OR 1.44 [0.489-3.694], no significant). Three hospitalizations were reported among the investigated cases of infection by the XD variant. The first case was hospitalized for a reason other than COVID-19 and tested upon admission. The second case, vaccinated with one dose (Jansen), was hospitalized for less than 24 hours for fever and vomiting. The third case, vaccinated with three doses (last dose at the end of December), suffered from chronic respiratory problems and was also hospitalized for less than 24 hours. No critical care admissions and no deaths were reported, but longitudinal follow-up would be needed to confirm this. In addition, other cases are being investigated, including a hospital cluster in Auvergne-Rhône-Alpes.”


Ageusia is the loss of taste functions of the tongue, particularly the inability to detect sweetness, sourness, bitterness, saltiness, and umami.