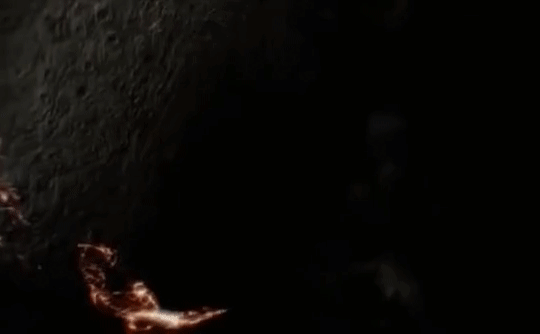 A second Deltacron recombinant variant derived from the Delta and Omicron SARS-CoV-2 strains was announced by the UK earlier this week. The new variant is a recombination of Delta AY.119.2 and the Omicron variant BA.1.1.  These are both unusual sub-lineages in themselves, so a recombination between the two is quite a surprising development.

This is an international signal under monitoring, so it presumably hasn’t been seen in the UK yet, unlike the original recombinant we recently reported on,  which has been found in the UK and announced on the same UKHSA page

There isn’t much more to report about the new recombinant yet, but a quick look at its constituent parts may give some idea of where it was discovered.

The majority of Delta AY.119.2 sequences are from the USA, the UK and Costa Rica, but the downward pressure on the Delta variant from Omicron is very apparent for this sub-lineage. Apart from a recent small bump, AY.119.2 has seen very little activity for several weeks. 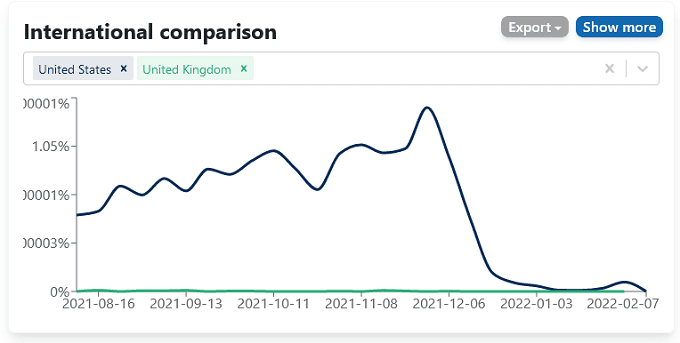 Omicron BA.1.1, on the other hand, has seen more activity on the world stage, with Canada, the US and France showing increases: 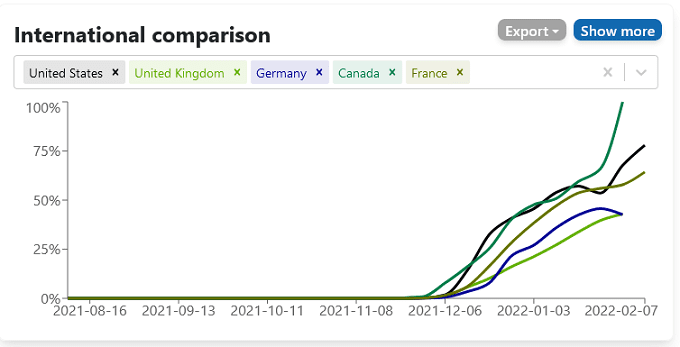 But BA.1.1 seems to have reached something of a peak recently: 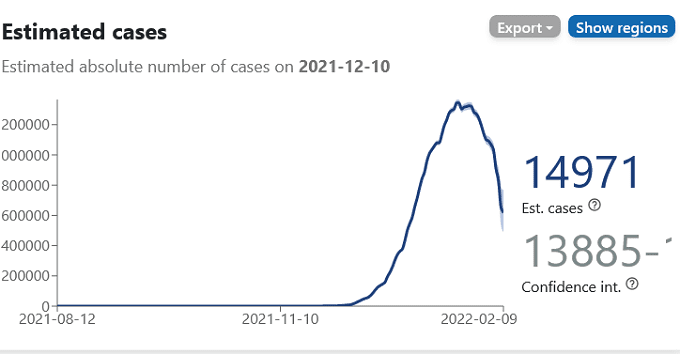 Based on the activity of its component parts then, our best guess for the location of this new recombinant variant would be the United States, but we will update this post if and when something more concrete is available.

It looks like the location of this potential recombinant has been narrowed down to the east coast of the US by Github trackers: 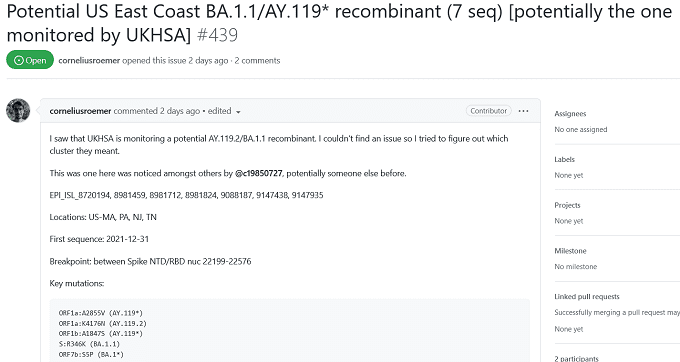 Deltacron lives! Recombination between Delta and Omicron confirmed in the UK