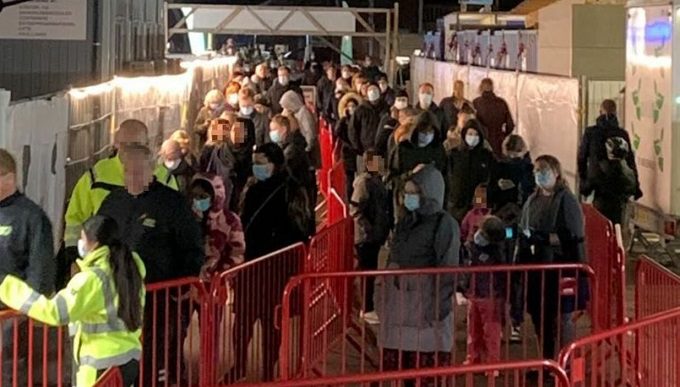 Denmark has seen large queues at Covid test centres across the country today as its all-time Covid infection record looks likely to be broken within days. Long queues have also formed at its vaccination centres.

“There were huge queues at several test centres in Valby and Gentofte, among other places. In Valby, BT’s man on the scene told that there was up to two hours of waiting time despite the fact that there is an appointment. The same was true at the test centre in Gentofte. Here, however, there is no appointment to show up.” (BT.dk report in Danish)

Denmark has seen its Covid infection rate increase in a similar fashion to Germany, Austria and  the Netherlands over the last month.  The stark, almost vertical chart line shows that the infection case record dating back to December 18th 2020 is about to be broken within days. 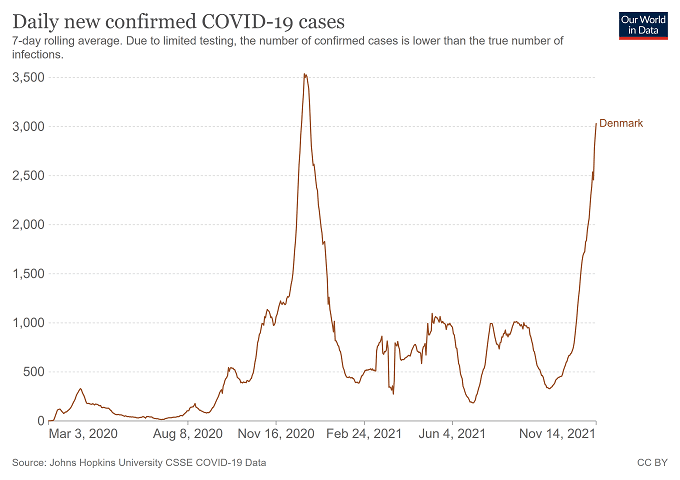