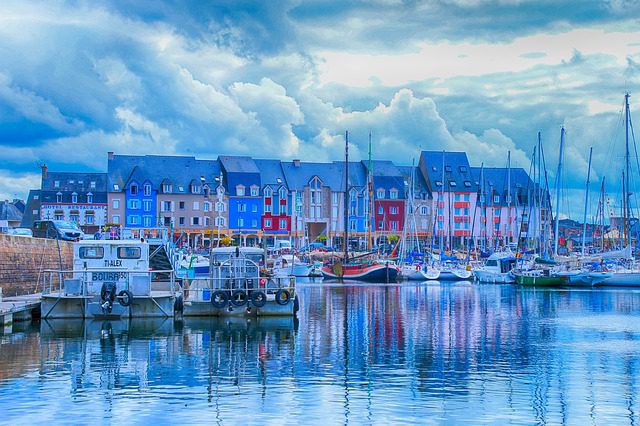 Clade 20C variant that emerged in Brittany.  A cluster of infections with a 20C clade variant (“20C / 655Y variant” or B.1.616), was detected in the Côtes d´Armor, with cases occurring between January and March 2021. The particularity associated with the cases confirmed infections with this variant is the possibility of presenting symptoms suggestive of COVID-19 with negative RT-PCR on usual nasopharyngeal swabs.

The virus is nevertheless detectable by the usual PCR techniques but seems to be found in a preferential in the lower airways. To date, it has not been shown that this variant would be more transmissible or lead to more severe forms. Reinforced surveillance has been put in place in the geographical area concerned in Brittany. A national case investigation protocol suggestive of infection with the 20C / 655Y variant has been disseminated to identify and describe the cases that may occur outside this geographic area. In case of suspicion of infection with this variant (investigation protocol available on the website of Public Health France), samples beyond the nasal sphere pharyngeal gland should be offered whenever possible to increase the sensitivity of the diagnosis by RT-PCR.

As of April 07, 25 cases of infection with the 20C / 655Y variant have been confirmed by the CNR (22 in Brittany, 3 in other regions). All cases have a direct or indirect link with the enhanced surveillance zone by Brittany. The majority of cases are linked to transmissions within hospital clusters in the area. A few cases have been reported in connection with a chain of transmission in the community but, to date, there are significant dissemination of this variant in the population has not been documented, either in Brittany or elsewhere. Epidemiological investigations are continuing to characterize the episode and monitor the spread of this variant.

Image by Christelle PRIEUR from Pixabay