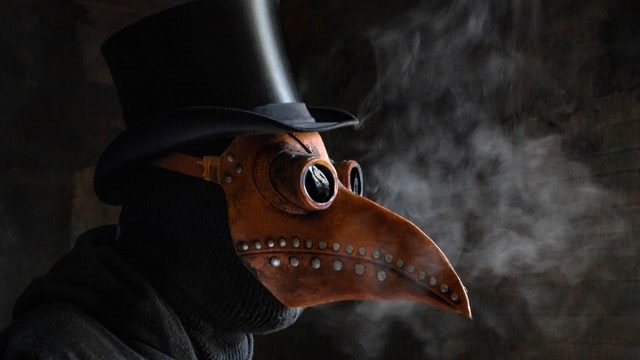 Is Omicron another Plague Island export?  Both the Alpha and Delta variants were exported across the globe from the UK because of its laissez-faire attitude to border controls. Now, it’s beginning to look like the UK may have exported another Covid variant abroad, this one mistakenly attributed to South Africa – the Omicron variant.

There is accumulating evidence that some of the Omicron cases turning up in the UK predate the first cases announced in South Africa. Why are we not surprised by that revelation?

“Scientific advisers are bracing themselves for hundreds of UK cases of the Omicron Covid variant to be confirmed in the next week or so, the Guardian has learned. Some of them may predate the earliest cases of Omicron found in South Africa last week but could still be linked to travellers returning from the country, it is understood. Evidence of community transmission also emerged on Monday.”

“According to scientists, the first indications of the new Omicron corona variant came from the African state of Botswana. In a statement at the end of last week, Botswana’s Ministry of Health emphasized that the first suspected cases involved four foreign diplomats whose nationality was not disclosed.”

“The new virus was detected on four foreign nationals who had entered Botswana on the 7th November 2021, on a diplomatic mission,” said Botswana in a statement. The four diplomats tested positive for COVID-19 on November 11 as they were leaving, and genomic sequencing confirmed the variant on November 24.

Statement from Botswana Ministry of Health: 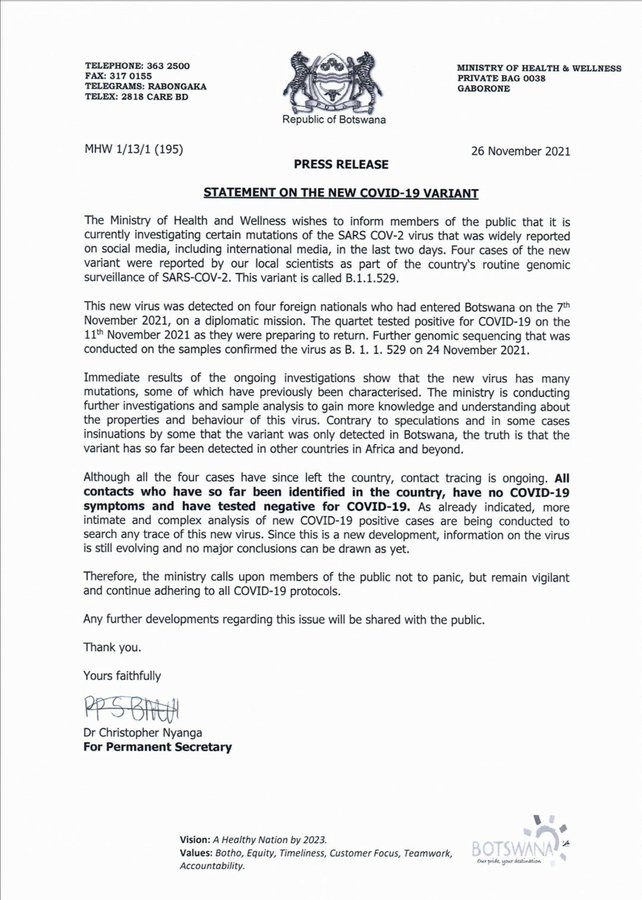 The BNONews Omicron tracker shows the latest infection numbers for Omicron. How can the UK have “hundreds” of cases of a variant that was first announced by South Africa less than a week ago, and that was first sequenced from samples given by four diplomats in Botswana just 18 days ago?

Omicron samples apparently have a “common ancestor 1-2 months ago”

The resulting tree has one big polytomy and a small number of notable clades.
Most sequences are within one or two mutations of the main group.
Though masking might lead to underestimates of the diversity, the resulting tree suggests a recent common ancestor 1-2 months ago. 3/5 pic.twitter.com/MytVn2yHYo

Evidence of the spread of Omicron earlier this summer:

Sequencing data from UK shows 2 surges of this mutation. The first was in late August (due to Alpha), and the second was in late September (not due to Alpha). Both are followed by an increase in COVID-19 cases, but more so after the second event

Lift off in early November 2021 in North Yorkshire?

Well this is interesting – from ONS data of S-gene target failure in the Coronavirus Infection Survey (not necessarily #Omicron, but plausible) pic.twitter.com/UrUJTqEwnF

It would be quite something if Omicron started here.

Omicron was already in Europe on November 19th 2021, before it was first sequenced in South Africa:

“The omicron coronavirus variant was already in the Netherlands a week before South Africa reported the new variant to the World Health Organization, according to a Dutch health agency. The variant was recently identified in retests of samples that were taken on Nov. 19 and 23, the National Institute for Public Health and the Environment, or RIVM, announced on Tuesday.”

Omicron has been spreading for “weeks” apparently:

7 more cases of Omicron in England, now 42 in total. @UKHSA expects numbers to rise significantly. Some officials fear the numbers could already be in the "hundreds" and it has been spreading for weeks, I am told. pic.twitter.com/4OMA2K5UEz

Triple jabbed doctor infected with Omicron after flight from London:

Photo by KMA .img on Unsplash