Recent Italian SARS-CoV-2 genome sequencing information has shown that the Omicron BA1/BA2 recombinants XJ and XL are making strong headway on the island of Sardinia. 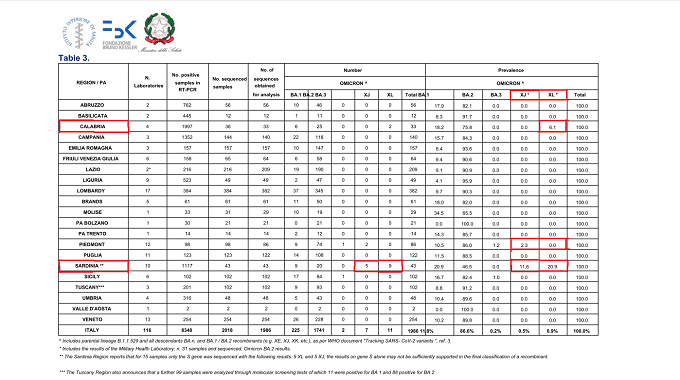 In Calabria, often referred to as the toe of Italy, the XL recombinant has been found in 6.1% of sequences. 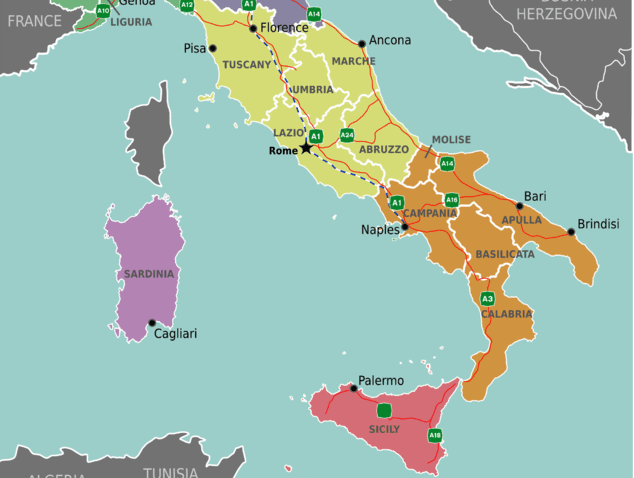 Although the numbers of SARS-CoV-2 samples being sequenced for these areas is quite low, these new discoveries suggest that more attention may need to be focused on southern Italy and particularly the island of Sardinia.

XJ is a recombinant lineage of Omicron BA.1/BA.2, originally found in Finland. Link

XL is a recombinant lineage of Omicron BA.1/BA.2, originally found in the UK. Link

Source: Italian Health Department document – Estimation of the prevalence of Variant Of Concern (VOC) variants and other variants of SARS-CoV-2 in Italy: