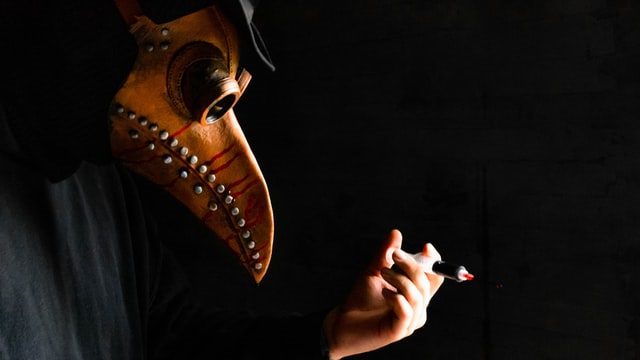 Another dismal Covid record has been broken in Britain today. More people have tested positive for the virus in one day than ever before. 78,610 people tested positive in the previous 24 hours, eclipsing the previous highest count by more than 10,000 — when 68,053 were recorded on January 8th 2021 at the peak of the second wave.

UK Prime Minister Boris Johnson appeared at yet another hastily arranged press conference this evening to beg Brits to get themselves vaccinated and boosted.  The air of desperation was palpable, with scientific advisors saying that infection numbers are about to increase dramatically, yet no further restrictions were put in place to counteract it. It was another masterclass in hesitation, bullshit and bluster.

The failure to secure Britain’s borders means that the Omicron variant is now spreading exponentially, with infection numbers doubling every two days. Omicron has become dominant in London barely two weeks after it was first detected.  Omicron is estimated to be behind 60% of new infections in London, up from 44% cent just yesterday.

It’s hard to imagine how the British government could have done a worse job of managing the pandemic so far, but, sadly, there was every indication from the press conference that their absolute failure in that regard is set to continue long into the future.

Below is the infection chart for the UK up to 15th December 2021. The latest increase in infections mean that the there is a new record peak, one that is far higher than the previous peak in January 2021. 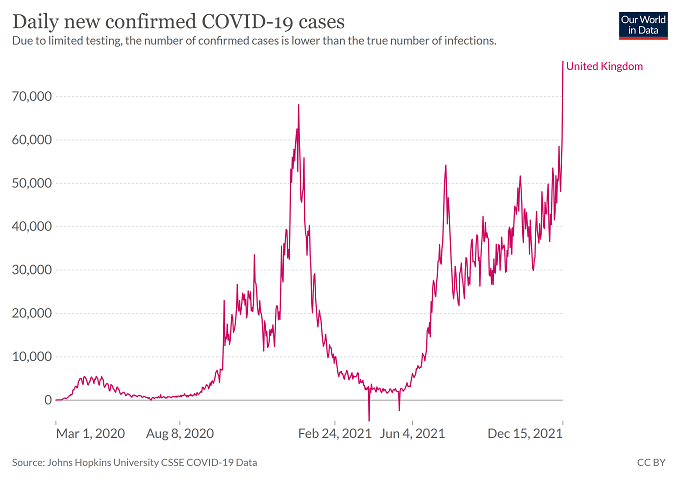 Photo by KMA .img on Unsplash