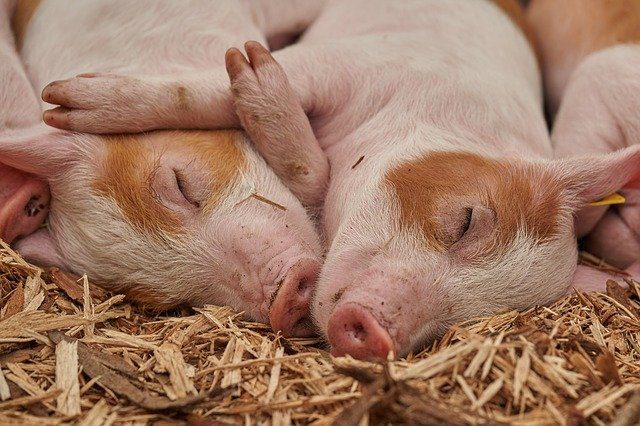 “..the most immediate threat to public health is recombination of other coronaviruses with SARS-CoV-2. Such recombination could readily produce further novel viruses with both the infectivity of SARS-CoV-2 and additional pathogenicity or viral tropism from elsewhere in the Coronaviridae”

The most prominent result for a SARS-CoV-2 recombination host is the domestic pig (Sus scrofa), having the most predicted associations of all included non-human mammals. The pig is a major known mammalian coronavirus host, harbouring both a large number of observed coronaviruses, as well as a wide diversity. Given the large number of predicted viral associations presented here, the pig’s close association to humans, its known reservoir status for many other zoonotic viruses, and its involvement in genetic recombination of some of these viruses, the pig is predicted to be one of the foremost candidates an important recombination host.

Image by Roy Buri from Pixabay