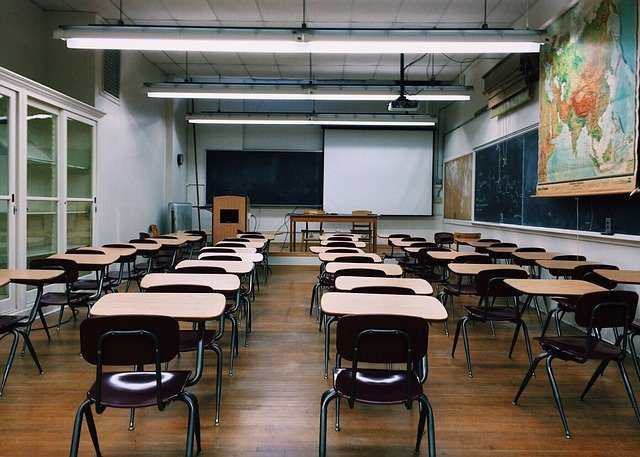 “On the 17 May 2021, the UK government removed the requirement for face coverings in secondary schools in England. Writing in The BMJ on 14 May 2021, we argued that this was ill advised given the clear evidence for the role of children and schools in transmission of SARS-CoV-2 and the rise of the new variant, subsequently designated as delta, which was already implicated in school outbreaks at the time.

There has been a lack of transparency from Public Health England (PHE) around the spread of the delta variant in schools. On 22 May, an article in The Observer reported that these data had been withheld by PHE at the request of 10 Downing Street. On 31 May 2021, The Citizens, a group promoting accountability in public life, and the data rights firm AWO sent a pre-action letter warning that they would seek judicial review unless PHE published the data on the grounds they it had acted “unlawfully” by withholding data on the spread of the variant in schools, and had “surrendered its independent judgement.”

Concerningly, even now, PHE has failed to release the full data. In a detailed technical report released on the 3 June, it only provided data on the number of “incidents” or outbreaks involving two or more students in schools.  It did not provide numbers of delta variant cases linked to schools, which had been specifically and repeatedly requested by unions and scientists, and specified in the pre-action letter. Despite including several complex analyses, the 66-page report presented no breakdown of cases by age group. However, even the limited data provided on school outbreaks raises concerns. According to the report, 140 outbreaks of the delta variant had been identified in educational settings up to 30 May, the largest number in any of the settings specified. The data on “common exposures” (defined as two or more infected children with sequenced virus) for the week ending 11 May, just prior to dropping recommendations for masks in schools, showed that there were over 1000 common exposures for children infected with the delta variant in educational settings. Additionally, data from PHE and Office for National Statistics (ONS) showed that the highest overall infection rates were among secondary school age children.

PHE has continued to put out contradictory claims. Just a day after reporting that infection rates were currently highest in 10-19 year olds, it claimed that cases among school-age children were low.  This contradicted other ONS data released the same day that showed rapid rises in prevalence in this age group, with this now being much higher than all other groups. A day later the health secretary Matt Hancock stated that a “huge proportion of latest cases are in children.” This is reminiscent of messaging by the government from autumn and winter 2020 where the mantra “schools are safe” was used repeatedly to rationalise the lack of mitigations in schools, right up to the point they were closed on 5 January (following a day when many schools reopened briefly). At that point the Boris Johnson, the UK prime minister described them as “vectors for transmission, causing the virus to spread between households.”

Back to the present, the government has finally acknowledged the high rates of infection and transmission in children. As with its many previous errors, there is no acknowledgement that it has not followed advice from its own advisors. The government has left children, staff, and communities exposed to rapid spread of a new and more transmissible variant, and at risk of long covid.  Yet, even as we see absenteeism related to covid-19 rising in schools, with 31% children absent from secondary schools in Bolton, the government’s messaging remains focussed on rapid tests. This is despite dropping uptake over time, and clear evidence that tests alone have not been able to contain spread in schools. Even after acknowledging the risks of infection and transmission in children, there is still no emphasis on urgent mitigations, including masks and ventilation, that are vital if schools are to remain open. While we welcome the health secretary’s announcement that children may be eligible to be vaccinated in August this does not help right now. According to SAGE modelling, the current wave is expected to peak in late July. By that time thousands of children and their family members will have been affected.

Data from Bolton, and several other places, where the delta variant gained dominance suggested early on that infection spread first among school age children, and then to other age groups.  It is likely that lack of mitigations in schools played an important role in this highly transmissible, more virulent, escape variant gaining dominance rapidly across England.  Spread of the delta variant is likely to have played an important role in the exponential rises we are seeing of cases in England, and hospitalisations in North West England.

During the current crisis the focus on the Stage 4 re-opening on the 21 June by government and media detracts from actions that need to be taken immediately to pre-empt the potentially devastating impact of a third wave. Our concern here has been with the actions that must be taken in schools to keep our children safe.

First, we must reintroduce masks both at primary and secondary levels and both in classrooms and communal areas. Unions have jointly called for an immediate re-introduction of masks in secondary schools and several local authorities have already reinstated these. This needs to be incorporated into Department for Education guidance as a recommendation for all schools.

Second, there needs to be central investment in ventilation and air cleaning in schools, including CO2 monitors, and air filtration devices, to supplement ventilation where needed. Risk can also be reduced by moving to learning outdoors, where possible, including physical education activities.

Third, there must be practical, financial, and remote learning support for families with children who are isolating. And lastly, the Government must provide adequate catch-up resources for children who have lost out on education over the past year, to bridge gaps and worsening inequities in education.

In sum, schools are the place where infections are rising fastest. Yet schools are a place where the basic mitigations of face coverings, space, and fresh air are not simply missing, but—in the case of masks—have actually just been removed. This makes no sense. The government must act urgently to protect and support its children at this critical juncture.”

Stephen Reicher, professor, School of Psychology and Neuroscience, University of St. Andrews. Member of Independent SAGE and the advisory group to the Scottish chief medical officer.

Martin McKee, professor of European public health at the London School of Hygiene and Tropical Medicine. Member of Independent SAGE.

Herd Immunity is just a fancy phrase for Genocide. Britain will be hit even harder than Italy because of it. https://t.co/6pT3vTKBeP#coronavirus #covid19

On 16th March 2020 the first UK national lockdown was announced

Image by Wokandapix from Pixabay