Five of the positive individuals showed the simultaneous presence of anti-SARS-CoV-2 antibodies. No clear evidence of infection was found in 281 samples collected between August 2018 and July 2019 from 100 patients. The first positivity for SARS-CoV-2 RNA was found in a sample collected on September 12, 2019. Mutations typical of B.1 (PANGOLIN classification) strains, previously reported to have emerged in January 2020, had already been circulating in October 2019. Hence, we estimate SARS-CoV-2 progenitor of known human infections to have emerged in late June-late August 2019.

Preprint: Molecular Evidence for SARS-CoV-2 in Samples Collected From Patients With Morbilliform Eruptions Since Late Summer 2019 in Lombardy, Northern Italy 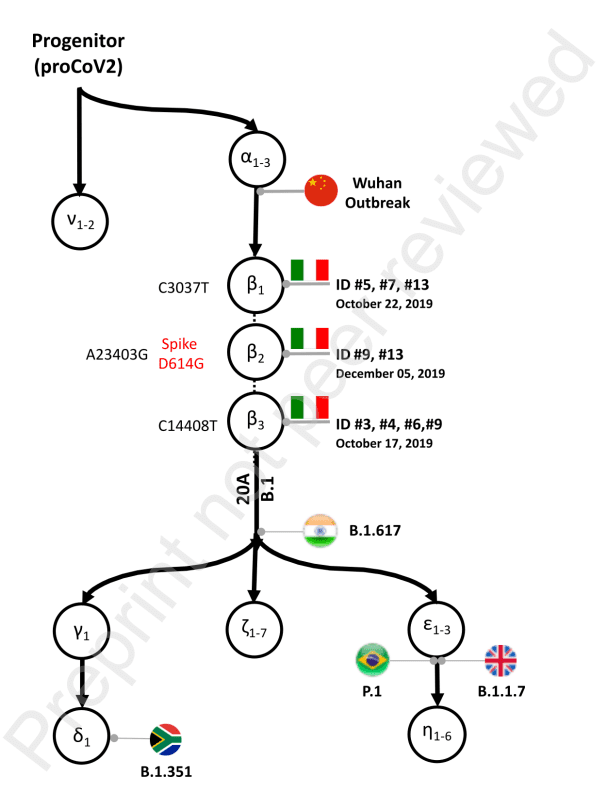 Image by Tommy_Rau from Pixabay