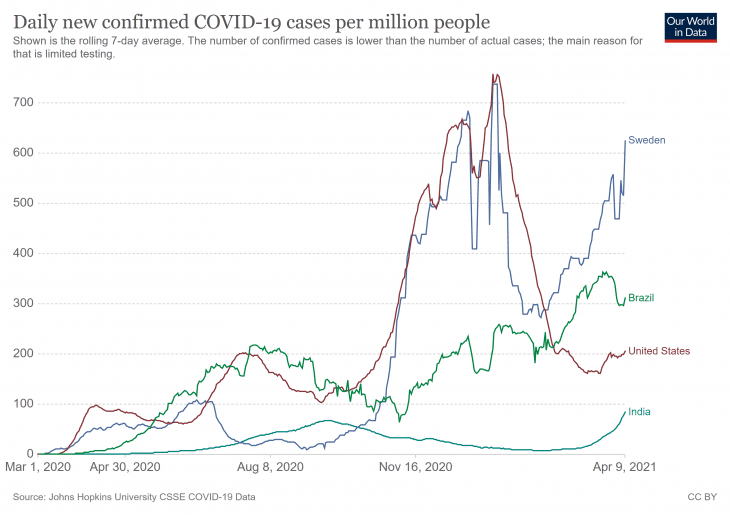 According to Johns Hopkins University’s figures , the average value for the number of infections in Europe right now is 231 new confirmed cases per day and one million inhabitants – in the USA the figure is 205. Sweden’s figures are thus about three times as high.

Only the two small states of San Marino with 711 and Andorra with 630 new confirmed infected per day per million inhabitants have higher numbers. 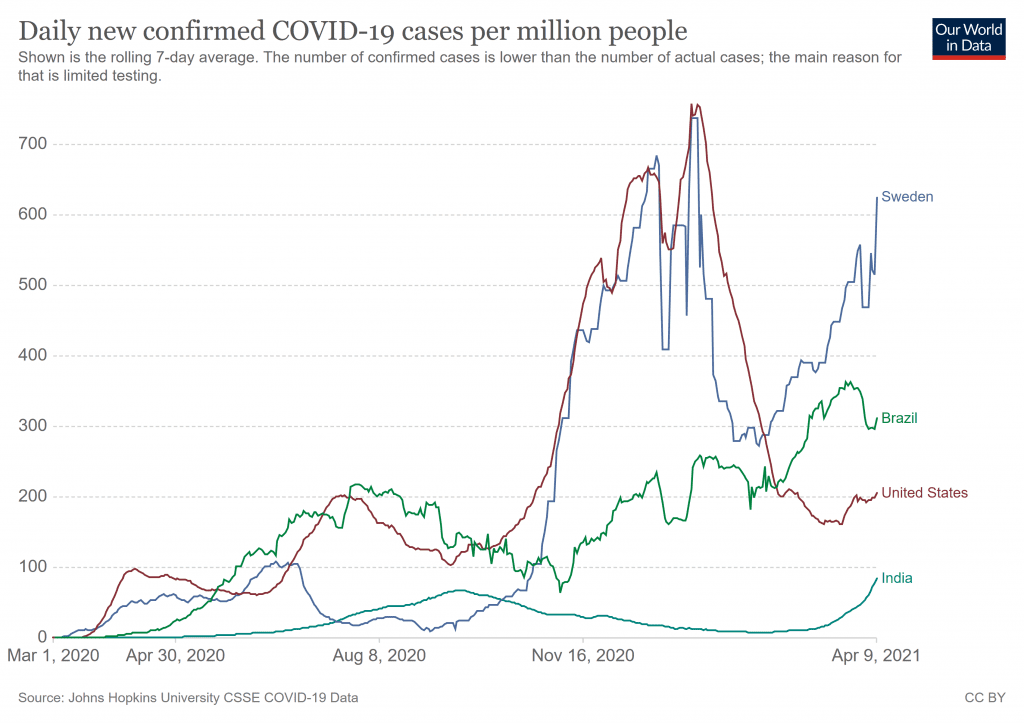