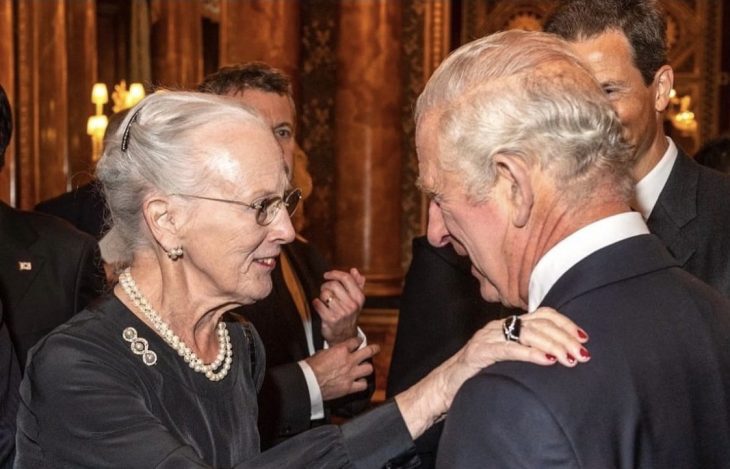 Queen Margrethe of Denmark has tested positive for Covid-19 for the second time in one year after attending the biggest Covid superspreader event in pandemic history – the funeral of Queen Elizabeth II in Great Britain.

The Queen of Denmark, who was photographed just days ago comforting the new King of England, Charles III, has cancelled all of her appointments for the week following the test.

The 82-year-old monarch was one of 2,000 guests who attended Queen Elizabeth II’s state funeral on Monday.

She is Europe’s longest-serving head of state following the British monarch’s death.

She and Queen Elizabeth were third cousins, both being descended from Queen Victoria.

Queen Margrethe has been vaccinated against Covid and last tested positive in February this year when she presented mild symptoms.

Queen Margrethe attended the ‘reception of the century’ at Buckingham Palace, which was hosted by King Charles and Camilla.

World leaders and top foreign dignitaries flocked to the palace to pay their respects to King Charles.

The Queue was the nickname for two queues of people who walked past the coffin of Queen Elizabeth II during her lying-in-state in Westminster Hall from 14 to 18 September 2022.

The main queue had a maximum total length of 10 miles (16 km) and a maximum waiting time of over 24 hours; this was the queue that attracted the most media and public attention. There was also an accessible queue for people with a disability or long-term health condition. 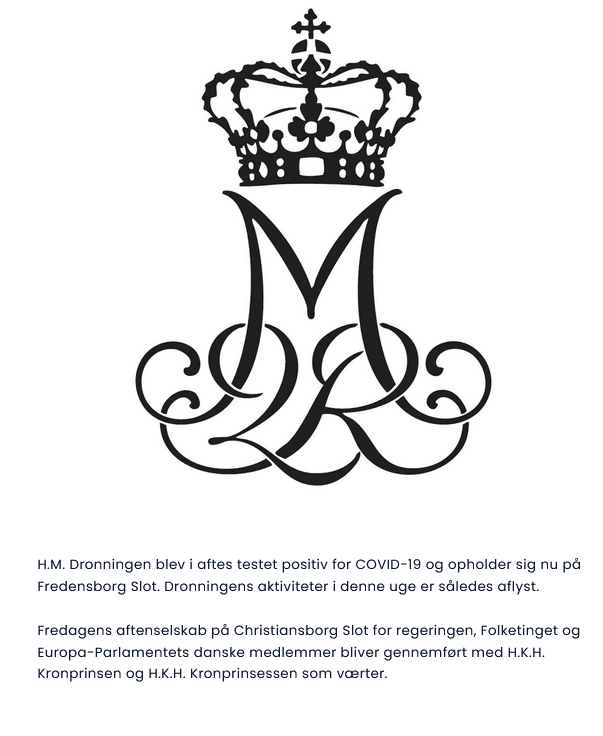 Denmark – The Queen has tested positive for Covid-19