London, 1940. The city is being heavily bombed in the Blitz. Hundreds of civilians are dying daily. Prime Minister Boris Johnson has taken to the airwaves to reassure the public, and to urge them to go outside and enjoy the bombing.

Johnson’s Conservative party are staunchly against any further blackouts being imposed. Pubs, cinemas and theatres remain open, football stadiums are packed, and planes are still flying. Business, it seems, must go on, even at the expense of large loss of life and serious injury.  No one gives a hoot, least of all the clearly deranged Prime Minister or his supine, boot-licking cabinet.

BBC: Boris Johnson plans to ‘ride out’ Omicron wave with no more curbs

** The number of casualties of the Covid-19 pandemic in Britain already far outweighs those killed in the Blitz. In the eight months of Blitz attacks, some 43,000 civilians were killed. This amounted to nearly half of Britain’s total civilian deaths for the whole war. 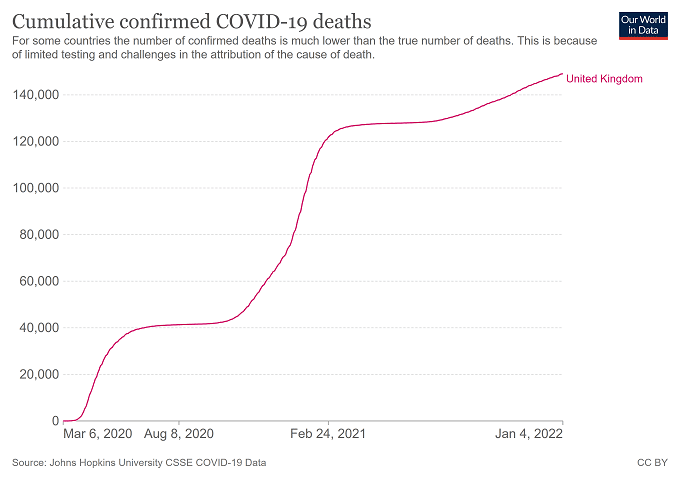 UK Covid case rates have been running at astronomical levels since “Freedom Day” was announced in July 2021: 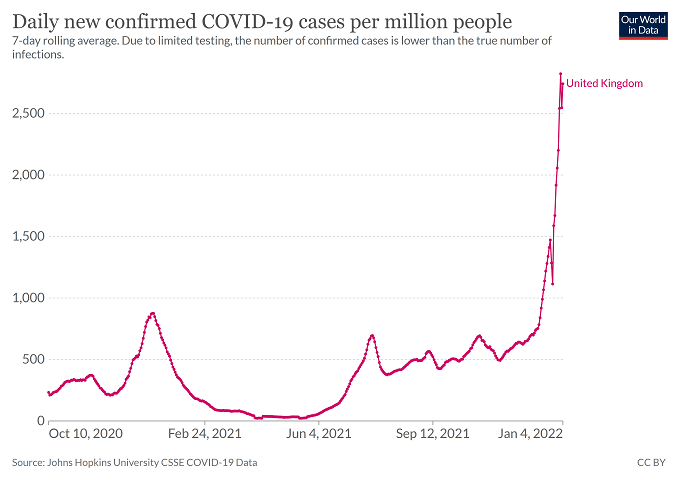