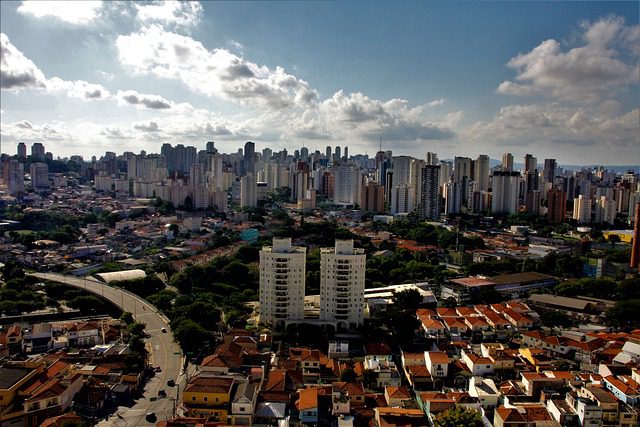 Here, we show evidence of how fast the VOC P.1 has spread in the most populated city in South America – Sao Paulo.  From March 1st to March 15th, 427 nasopharyngeal samples were collected from 245 HP and 125 from HCW outpatients (25.5% and 23.2% of positivity rate, respectively). We then selected 60 samples with Ct value ≤ 30 (38 samples from HP, and 22 from HCW). All HCW presented only mild symptoms and did not need hospitalization.

Of the 60 selected samples, 52 whole genome sequences were generated (30 from HP and 22 from HCW) following the sequencing protocol using the Illumina MiSeq platform and the analysis pipeline described by Resende et al (8). The SARS-CoV-2 lineages were classified by the PANGO lineages nomenclature (9). Genome sequences generated have been deposited at the EpiCoV database on GISAID https://www.gisaid.org/) under accession numbers EPI_ISL_1464630 to EPI_ISL_1464677.

The most notable variants circulating in the second wave, including B.1.1.7 (detected first in the United Kingdom) and B.1.1.351 (detected first in South Africa), and P.1, are related to an increase of transmissibility (2,10). Interestingly, the P.1 variant was first identified in the State of Amazonas, about 3,800 kilometers apart from São Paulo (5). It is evident that the P.1 variant prevailed during the first two weeks of March, showing a regular distribution among HP and HCW with no difference in terms of age, sex, vaccination, and outcome (Table). From the first to the second weeks of March, we observed a higher frequency of P.1 (78.6% and 91.7%, respectively). In this survey, only one sample from a HP was identified as VOC B.1.1.7. The other two samples were identified as B.1.1.28, a widely spread lineage during the first wave in Brazil.

There is a broad discussion about whether the available vaccines against SARS-CoV-2 will be less effective at preventing infection with the emerging variants (10). In this work, 14 samples (26.9%) of the 52 sequenced samples were from individuals that had received at least one dose of vaccine, ChAdOx1-S/nCoV-19 (n=2) or SINOVAC (n=26). Although they were vaccinated, they could not be considered immunized, regarding the days after vaccination.

Among the hospitalized patients, 19 (63%) were admitted to the intensive care unit, from which nine were discharged and ten died. Comparing the RT-PCR Ct values of all attended patients since the first wave, we did not observe any difference in the Ct mean values with those of P.1 (data not shown). May 2020 registered the peak of number of positive cases with a Ct mean of 23.6. Now, as of April 2021, we are facing a rise in the number of cases. However, the Ct mean was 24.9, which may indicate that the spread of P.1 does not contribute to an actual increase in the viral load.

Image by Luciano Teixeira from Pixabay