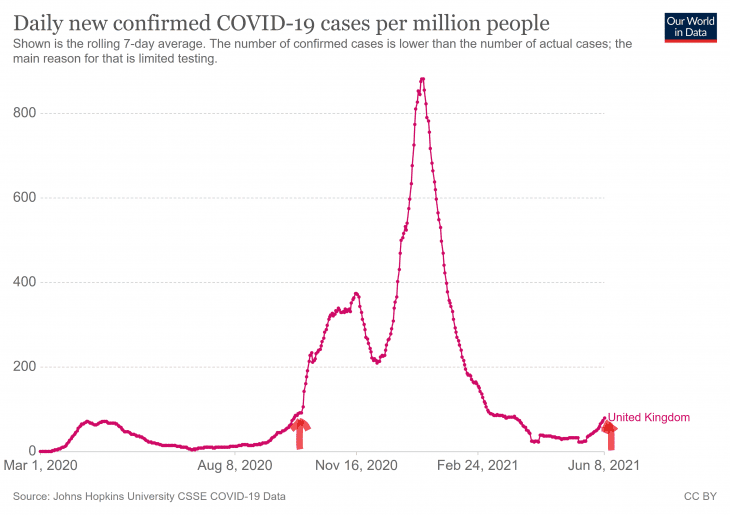 If the previous waves of Sars-CoV-2 in the UK are anything to go by, Britain is less than one week away from the B16172 Delta variant exploding into another full-blown national health crisis. The country’s current coronavirus case rate is roughly the same as it was on the 26th September 2020. Just five days later, on October 1st, the third wave of infections moved into a different gear entirely, swamping hospitals and causing thousands of deaths.

It’s time to plan for the worst and hope for the best.

Sticking with a football theme, it's definitely not bending like Beckham, but it's another day of slightly less steep rise at least. (10 day doubling is still pretty unpleasant of course) pic.twitter.com/y1CnOQFfkt

Highest point estimate yet (and the case figure to drop in for tomorrow is already 5,984). You don't really want to look where the straight line ends up by early July. pic.twitter.com/DYJ0NChOTr