On the 19th July 2021, Britain’s mass Covid infection experiment began. It was dubbed “Freedom Day”, and almost all Covid restrictions were lifted. Despite the record number of Covid infections that resulted from the introduction of the policy, mitigations weren’t reintroduced.

The back-of-a-fag-packet reasoning behind the Freedom Day plan was that an artificially created summer Covid wave would pre-empt an even larger winter Covid wave, thus preventing its health service from being overwhelmed.

In pursuance of the plan, all primary and secondary schools were ordered to reopen for the summer term. Britain’s children were forced to attend schools where all mitigations had been deliberately removed, thus ensuring the maximum spread of the virus throughout the greater population.

We said of the plan, at the time it was introduced, that the UK would simply risk creating two Covid waves instead of one.

So how is the mass infection experiment going? 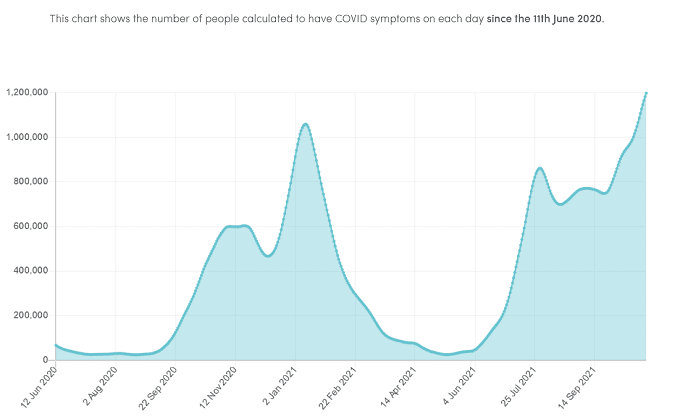 Millions of British adults and children were infected by Covid over the course of the summer, and thousands died.

It’s been a four-month-long Covid wave that has been unprecedented in its scale. Incredibly, the number of infections produced by the artificial wave surpassed even the heights of the previous deadly winter wave of 2020/2021.

Although daily Covid deaths were reduced compared to the first winter wave, the sheer length of the summer wave has meant that far more people were infected than during the previous winter wave. The infection rate is still increasing, and the health service has been overwhelmed in many areas,

So, was the mass infection experiment a success? If the artificial wave leads to a reduced case load for the health service in the winter, will it have been worth it?

The British government may have brought forward thousands of infections and deaths that would have otherwise happened in the winter. The UK may even see a drop in cases and deaths over the next few months because of that. But what they have failed to take into account is the long-term damage inflicted on those that have been infected by Covid, and also on those who will be reinfected by it in the future.

Covid-19 is a global squid game. There are only two rules to the game:

Breaking either of these two rules will lead to a player being eliminated.

It’s a lesson that the British have failed to understand from the very beginning of the pandemic.

Sars-Cov-2 is a BSL4 pathogen. It is not something you should be encouraging to waft through schools, offices, supermarkets and trains. After two years of the pandemic, this really shouldn’t need to be explained repeatedly.

The British government have gambled with the lives of their entire population. It was a gamble they didn’t need to take, and it’s a gamble they will most certainly lose as long-term sickness rates soar.

Let’s hope the victims of this reckless plan manage to see justice one day.