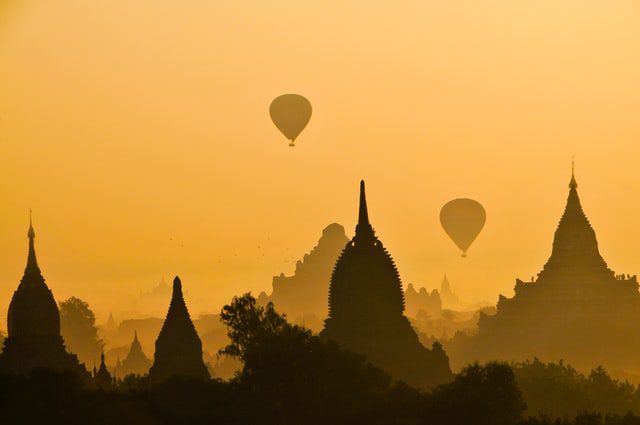 In consultation with the WHO SARS-CoV-2 Virus Evolution Working Group, WHO has determined that viruses within the lineage B.1.617 have been characterized as a VOC. B.1.617 contains three sub-lineages, which differ by few but potentially relevant mutations in the spike protein as well as prevalence of detection globally.

As of 11 May, over 4500 sequences have been uploaded to GISAID and assigned to B.1.617 from 44 countries in all six WHO regions, and WHO has received reports of detections from five additional countries. Though there may be important differences among the three sublineages, currently available evidence is too limited for VOI/VOC characterization by sublineage.

Future delineation of sublineages as VOIs/VOCs may be possible as our understanding by sublineage and relative importance of their epidemiology increases. At the present time, WHO has designated B.1.617 as a VOC based on early evidence of phenotypic impacts compared to other circulating virus variants, namely:

Viruses in the B.1.617 lineage were first reported in India in October 2020. The resurgence in COVID-19 cases and deaths in India has raised questions on the potential role of B.1.617 and other variants (e.g., B.1.1.7) in circulation. A recent risk assessment of the situation in India conducted by WHO found that resurgence and acceleration of COVID-19 transmission in India had several potential contributing factors, including increase in the proportion of cases of SARS-CoV-2 variants with potentially increased transmissibility; several religious and political mass gathering events which increased social mixing; and, under use of and reduced adherence to public health and social measures (PHSM). The exact contributions of these each of these factors on increased transmission in India are not well understood.

Approximately 0.1% of positive samples in India have been sequenced and uploaded to GISAID to identify SARS-CoV-2 variants. The prevalence of several VOCs including B.1.1.7 and B.1.612 sublineages increased concurrent to the surge in COVID-19 cases reported in India. While B.1.1.7 and B.1.612.1 variants have begun to wane in recent weeks, a marked increase in the proportion of viruses sequenced as B.1.612.2 has been observed over the same period. Since the identification of these variants through late April 2021, B.1.617.1 and B.1.617.2 accounted for 21% and 7% of sequenced samples from India, respectively.

A preliminary analyses conducted by WHO using sequences submitted to GISAID suggests that B.1.617.1 and B.1.617.2 have a substantially higher growth rate than other circulating variants in India, suggesting potential increased transmissibility compared. Too few sequences of B.1.617.3 have been detected to date to assess its relative transmissibility. Other studies suggest that the case numbers increased more rapidly during the most recent surge when variants B.1.1.7 and B.1.617 were circulating, compared to the first surge (June to October 2020).

A structural analysis of B.1.617 receptor binding domain (RBD) mutations (L452R and E484Q, along with P681R in the furin cleavage site) suggest that mutations in these variants may result in increased ACE2 binding and rate of S1-S2 cleavage resulting in better transmissibility, and possibly capacity to escape binding and neutralization by some monoclonal antibodies.

In a preliminary study on hamsters, infection with B.1.617.1 resulted in increased body weight loss, higher viral load in lungs and pronounced lung lesions as compared to B.1 variants (D614G).

Potential impacts of B.1.617 lineage on effectiveness of vaccines or therapeutics, or reinfection risks, remain uncertain. Preliminary laboratory studies awaiting peer review suggest a limited reduction in neutralisation by antibodies; however, real-world impacts may be limited. e One study found a seven-fold reduction in neutralization effectiveness against B.1.617.1 of antibodies generated by vaccination with Moderna – mRNA-1273 and Pfizer BioNTech-Comirnaty vaccines.

A second study also found a reduction in neutralization against virus carrying the E484Q mutation (contained in B.1.617.1 and B.1.617.3) for Pfizer BioNTech – Comirnaty vaccine, similar to that found with the E484K mutation.

A third study reviewing a limited sample of convalescent sera of COVID-19 cases (n=17) and sera from recipients of the Bharat – Covaxin vaccine (n=23) concluded that most neutralizing activity against B.1.617 was retained.

A fourth study reported an approximately three-fold decrease in neutralization activity by plasma from recipients of Pfizer BioNTech – Comirnaty vaccine (n=15) against B.1.617, and a limited two-fold decrease by convalescent sera from cases with severe COVID-19 (n=15). The same study showed that B.1.617.1 (with additional spike mutations R21T, and Q218H) mediates increased entry into certain human and intestinal cell lines, and was resistant to the monoclonal antibody Bamlanivimab; however, it was efficiently inhibited by Imdevimab and by a cocktail of Casirivimab and Imdevimab.

Outside of India, the United Kingdom has reported the largest number of cases sequenced as B.1.617 sub-lineages, and recently designated B.1.617.2 as a national variant of concern. This follows a recent steep increase in the number of cases sequenced as B.1.617 sublineages, and a national assessment that characterized B.1.617.2 as at least equivalent in terms of transmissibility as VOC B.1.1.7; however, they noted insufficient data to assess the potential for immune escape.

Further robust studies into the phenotypic impacts of these variants, including impacts on epidemiological characteristics (transmissibility, severity, re-infection risk, etc.) and impact on countermeasures, are urgently needed.

WHO: Newly designated VOC within lineage B.1.617 – update on Delta coronavirus variant

Photo by Charlie Costello on Unsplash